The very first video shoot that FCI Women’s Wrestling produced was in Canoga Park, California. From time to time we are reminded of one of the greatest female wrestlers of all time who according to online sources, once lived in Canoga Park and that is the beautifully muscled and feminine Mildred Burke.

In between she lived an incredible life that few could truly understand the magnitude of, but we will briefly try here, with an eye toward appreciation.

“To be a champion, I think you have to see the big picture. It’s not about winning and losing; it’s about every day hard work and about thriving on a challenge. It’s about embracing the pain that you’ll experience at the end of a race and not being afraid. I think people think too hard and get afraid of a certain challenge.”… Summer Sanders 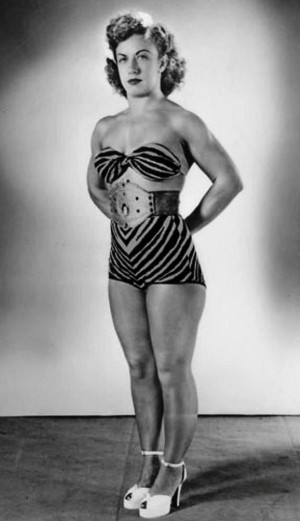 Her dynasty lasted from the mid-1930s to the mid-1950s, when she held the World Women’s Championship for almost twenty years. And to think, Mildred started out in 1935, wrestling men at carnivals.

When our star was 15 she worked as a waitress on the Zuni Indian Reservation in Gallup, New Mexico.

The reservation lies in the Zuni River valley and is located primarily in McKinley and Cibola counties in western New Mexico, about 150 miles west of Albuquerque. 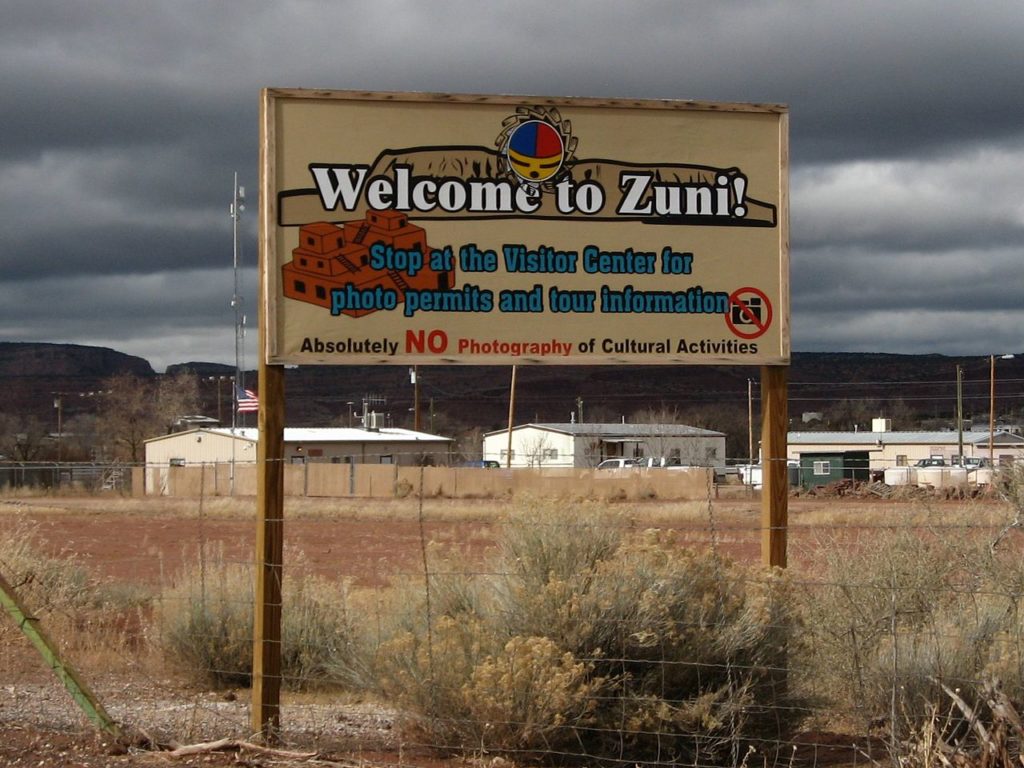 The main reservation is also surrounded by the Painted Cliffs, the Zuni Mountains and the Cibola National Forest. 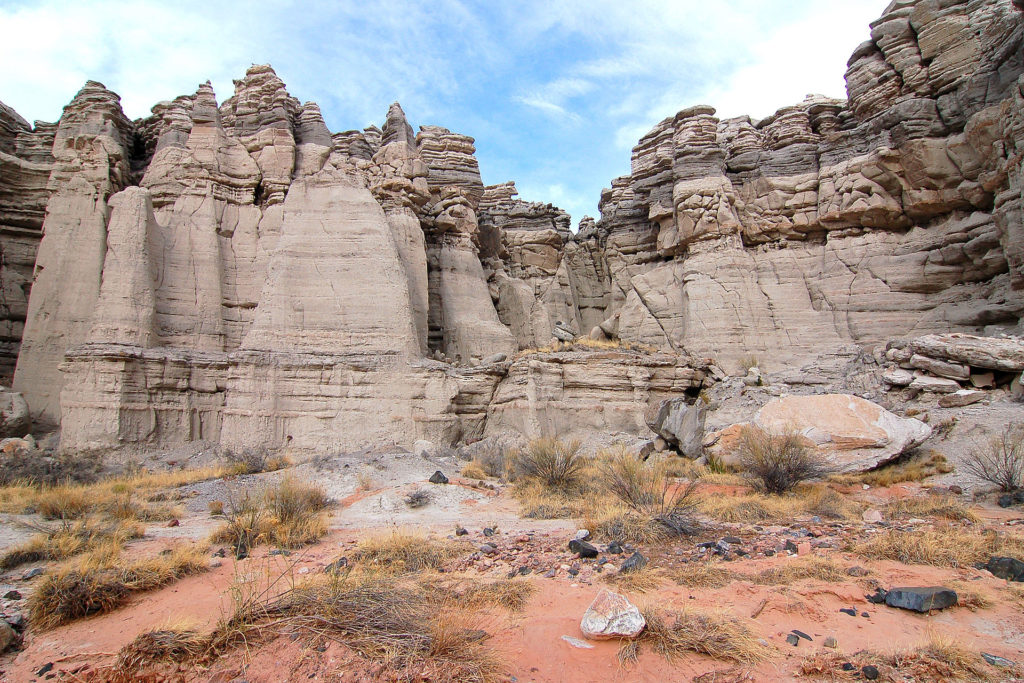 She lived there for three years, before leaving for Kansas City after agreeing to marry her boyfriend. He took her to a wrestling event, which sparked her interest and she decided to pursue it.

Mildred attributed her prowess in the ring mostly to the effective use of the alligator clutch, an innovative invention with which she surmises that she ended about 4,500 of her matches. The move is a wicked pinning maneuver in which you make a pretzel of your opponent and then sit on top of her.

Mildred’s day job was that of an Office Stenographer. Even though a normal person, so to speak, her muscle development went beyond normal.

So did her sex appeal. 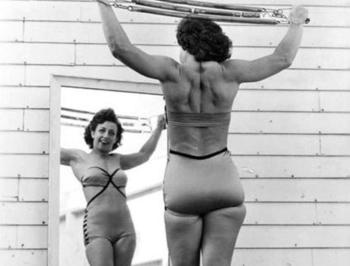 She was in Ripley’s Believe It or Not for doing 100 body bridges on the editor’s desk.

Locally, pro wrestling promoter Billy Wolfe was training aspiring women wrestlers. At first, he did not want to train Mildred and instructed a male wrestler to body slam her, so she would stop asking to be trained.

Mildred however, body slammed the man instead, which resulted in Wolfe agreeing to train her.

Mr. Wolfe tutored her and realized that she was the prospect for which he was waiting. The close proximity of their training resulted in a relationship and ultimately marriage. Originally named Mildred Bliss, then changing her name to Mildred Burke, she defeated the taller Clara Mortenson for the Women’s championship in January 1937.

“There’s always the motivation of wanting to win. Everybody has that. But a champion needs, in his attitude, a motivation above and beyond winning.”… Pat Riley

She claimed to have won 150 matches against men and more than 5,000 against women without losing.

In the early 1950s, Mildred started the World Women’s Wrestling Association in Los Angeles, California. She returned to her promotion after her match with June Byers, still recognizing herself as the World Women’s Champion even after the NWA had recognized rival June Byers as champion since then, and continued to defend it.

In 1956, after an incredible record, she retired from professional wrestling. 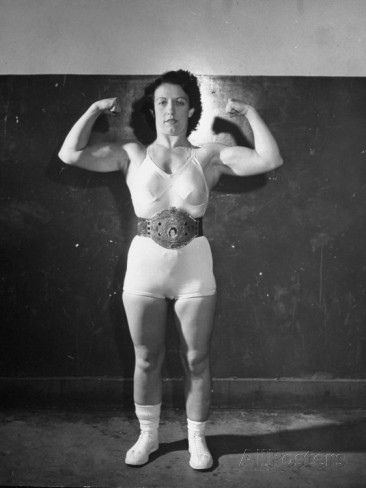 Still having a love for the game, her efforts to spread women’s wrestling internationally reached Japan and brought about the World Wide Women’s Wrestling Association (WWWA).

She had an eye for talent thus in her later years, she ran a women’s wrestling school in Encino, California.

Among her students was Canadian Rhonda Sing, who went on to fame as WWWA Champion, Monster Ripper, and WWF Women’s Champion, Bertha Faye.

Tremendous accomplishments all. Those are some good stories to re-live. It wasn’t all cherry pie, peaches and cream though.

Mildred’s wrestling life was anything but.

Besides the grind of travel, her profession was very dangerous. Along the way our champion shared that she broke her nose, had five knee injuries and had each of her thumbs ripped out of the joint and pushed back to her wrist.

Scripted though it may be, lady pro wrestling is real in the sense that pain can be inflicted, especially with the styles of that Golden Era. 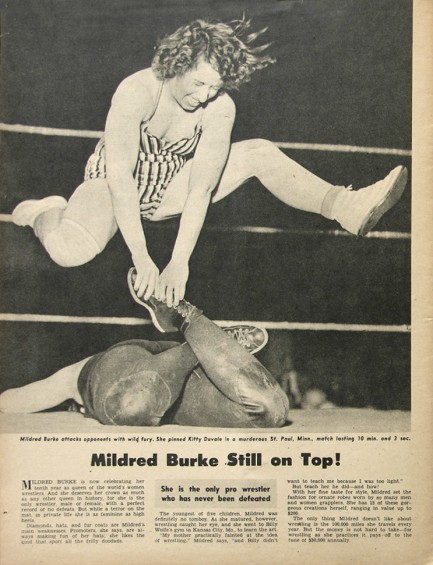 Her worst injury was when she was on her back and an opponent stomped on her mouth, loosening all her teeth. Eventually, they all had to be removed.

It you want to read about the life of this wonderful lady in more detail, The Queen of the Ring is the astounding but little-known story of Mildred Burke’s life.

The website thequeenofthering.com informs, “In his extraordinarily researched account, Pulitzer Prize-winning journalist Jeff Leen pulls back the curtain on a forgotten era of American history—a time when a petite Midwesterner used her beauty and brawn to captivate audiences across the globe and dominate America’s most masculine sport.”

Should be a good read.

Most of us have our own memories of the great women wrestlers that we’ve grown to love over time. Mildred is deep in the past and we’ve had a chance to review some of her videos online, all matches rough, tumble and sensational.

Mostly we remember how she made us feel.

She was muscular sexy and gave us a feeling that the future of women’s wrestling should be filled with strong empowered women like Mildred.

She was ahead of her FBB time and a true pioneer.

Given today’s climate of the FBBs and Alpha females, in many ways, prophecy came true.