Reading this quote by the sensuous actress Gwyneth Paltrow makes me hungry.

No, not that kind of hungry.

Hungry to eat a scrumptious meal.

She was quoted as expressing, “I’m not sure how healthy bacon is in general, but I know it’s incredibly delicious.” 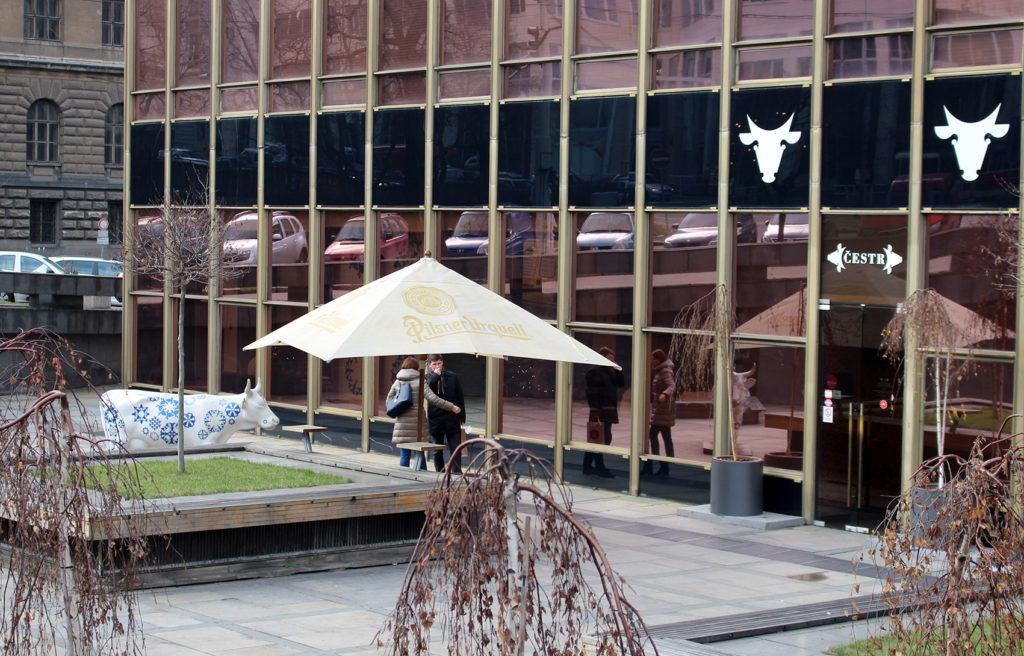 It’s okay to think that. We won’t hold it against you because we’re thinking that ourselves.

“Our forebears bred the so-called Czech spotted cow – “Čestr”, which is an abbreviation for the Czech Fleckvieh breed. In bygone days, master butchers matured beef and created cuts that have almost been forgotten today. We have rediscovered them and are returning them to your table.

Carefully matured beef, local produce and fish: this is what you may expect to find at Čestr. Pilsner Urquell draught beer comes from casks.”

Friends? Are you starting to get hungry?

Here are two reviews at yelp.com of people who came, saw and conquered. Then smiled.

“My boyfriend and I are traveling from The States and we were recommended a couple places to eat –  after checking out their menus we turned to yelp*, and man, you guys did not disappoint!

This place is phenomenal.  If I could fly to Prague for dinner, I would come here once a month.  If we lived here, or Cestr was in The States, we would be there twice a week.  The food is absolutely delicious and cooked to perfection BUT what no one mentions is that the price is insanely reasonable.  The two of us ordered 3 steak entrees, 3 sides and 3 desserts for less than 1800 Kron/ 75 Euro/ $85 USD.

Insider Tip in locating the restaurant: walk to the left of King Wenceslas statue, the restaurant is in the back corner of the ground floor of The Narodni Museum, signage isn’t that great, so be prepared to look for it.  If you walk pass the train station, you’ve gone too far.

Contemporary eatery with a striking blue & white roof & a focus on cuts of carefully sourced beef.”

Nice tip. Thank you so much. And another.

“Six stars! I cannot recommend this highly enough. I never buy steak in a restaurant anymore because, honestly, I can cook them better at home for much less money – but Cestr has me beat by a mile. The medium rare hanging tender was impeccable; delicious crust that was perfectly seasoned and exactly medium rare inside. At 250g (about 9 oz.) it’s on the smaller side so seriously consider ordering multiples (as we did!).

I also wanted to give a special shout out to the sommelier; he helped us find a Cabernet Franc from Hungary that was superb. He also NEVER let our glasses go empty. One time I picked up the bottle to pour another glass and then I saw him jogging over to us out of the corner of my eye to pour it for me.

Surprisingly, I’d say this place is good for kids, too. We had three with us (between 0-6) and they offered coloring mats and pencils to start. The bench seating we were in let the kids stretch and wiggle and they even had a high chair available. Staff served the kids, even the baby, as real people with plates, cups, everything.”

What more could we want? Exceptional customer service and spectacular food.

Yes it’s in the food, but the history as well.

At cestr.cz they explain, “During the first half of the 19th century, a great number of cattle breeds and cattle strains were bred in what is now the Czech Republic. The original domestic cattle, typical for central Europe is called Cervinky. These animals were bred on the gentry and church estates. The Cervinky cattle were upgraded by crossing them with imported animals, which came mainly from area of Austria. Since the second half of the 19th century, a Simmental cattle was imported in increasing numbers from Switzerland. At the close of the19th century, the Fleckvieh cattle were living in many areas of the Czech Republic. In 1920, the records of the breeding of pied cattle were consolidated. Some of the top European bulls were bred with cows to start new lines of animals in Bohemia.”

That was a very satisfying experience.

As you know, our day would not be complete without dinner and a movie.

It comes with great reviews. Two thumbs up. 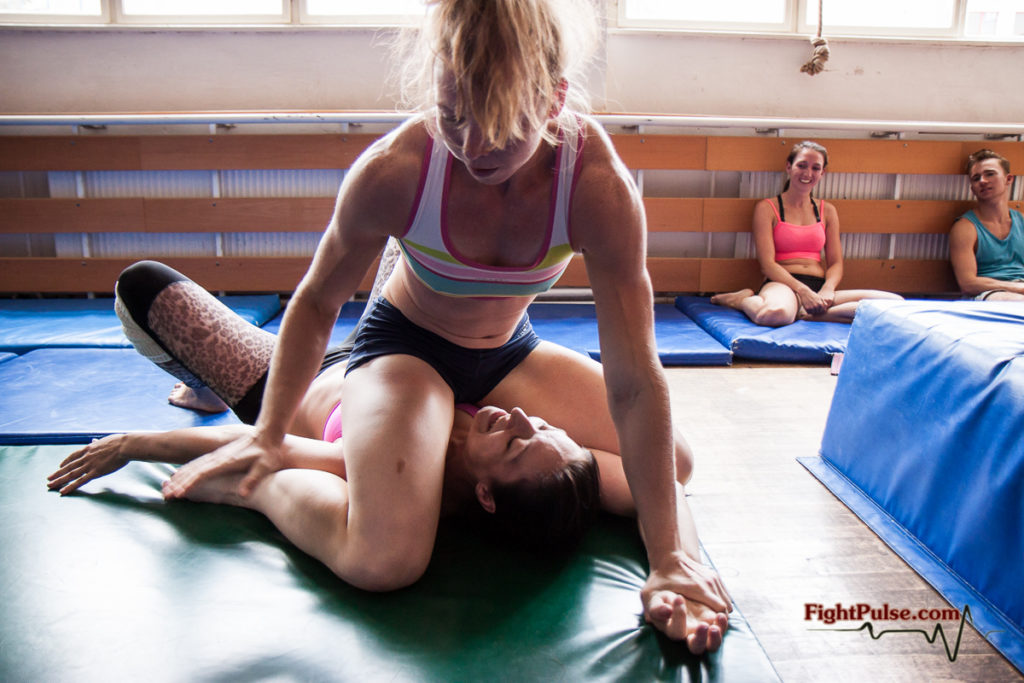 The twist is, Veneris has been doing CrossFit for 7 years, and is extremely fit, strong and agile.

This is a clash of two powerful ladies that fans of competitive female wrestling don’t want to miss. There are interviews with both wrestlers before and after the match. And of course, a beautiful victory pose.” 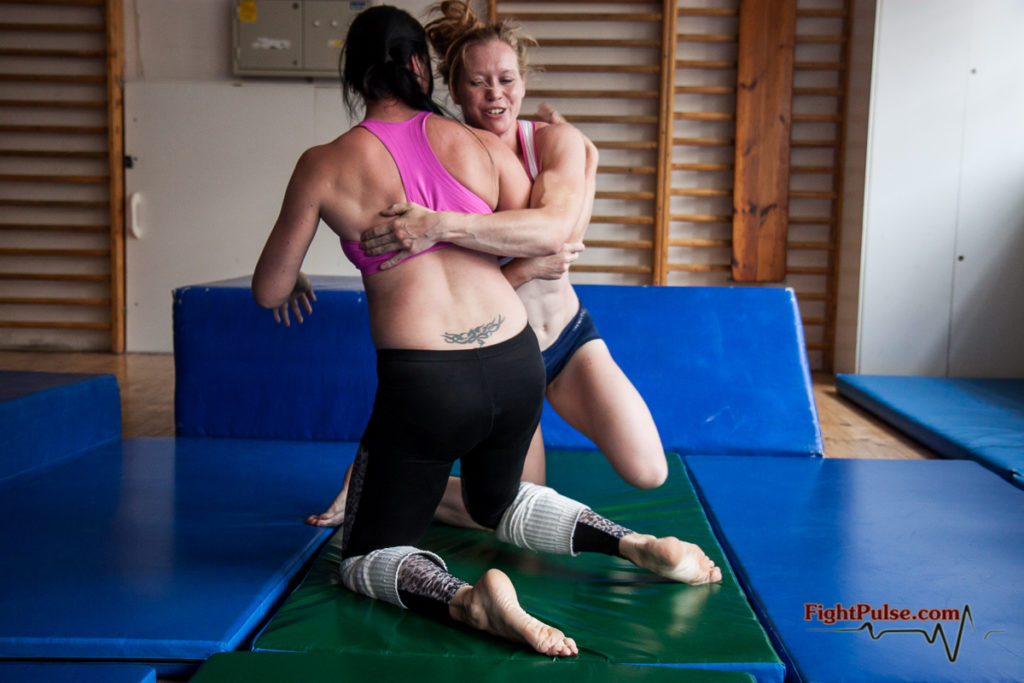 What a day. Very satisfying.