Axa Jay’s rise to stardom has been well chronicled and admired around the globe. 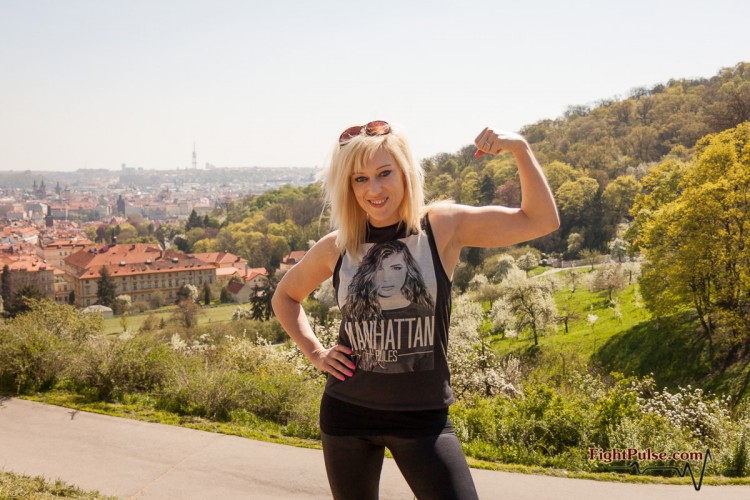 With her beauty, talent and winning personality, she reminds us of what the best that England has to offer.

If you want to have a wrestling session with her contact: axajay@hotmail.co.uk

If you fantasize about taking her out to lunch or dinner, we know just the place. 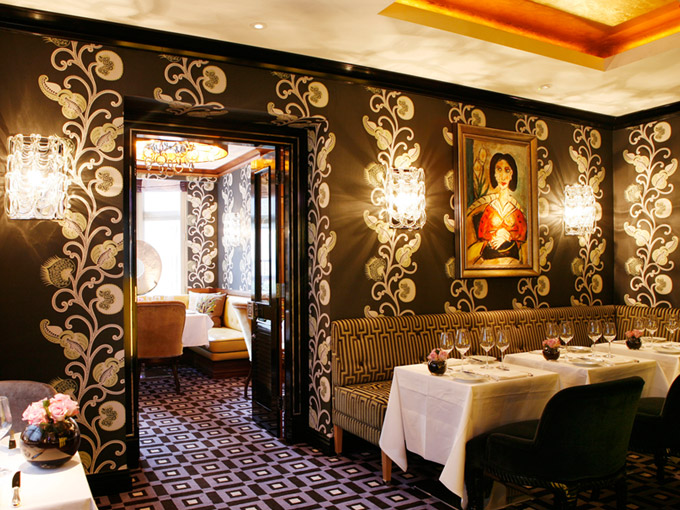 “Although from Merseyside by birth, William Drabble’s love of food actually began when he was 8 and his family moved to Norfolk. He was influenced by his beloved grandmother, herself a cook at Yorkshire’s great estates in the 1930’s, and the quality of ingredients he saw from local farms and suppliers.

William worked in some of England’s most influential Michelin starred hotels and restaurants before joining St. James’s Hotel and Club as Executive Chef to launch the hotels newly named ‘Seven Park Place’ restaurant on 1st September 2009.  Already working at the St. James’s as Food and Beverage Manager was a former colleague, Christophe Thuilot of The Capital Hotel, and together they formed the formidable team that, in January 2011 just over a year after joining the hotel, enabled William and ‘Seven Park Place’ to be awarded a coveted Michelin star and four AA Rosettes.

Prior to his role at St. James’s Hotel and Club, Drabble spent over ten years at Aubergine in London’s fashionable Chelsea, gaining a Michelin star in 1999 and maintaining it each year since then. William’s career also includes roles as Head Chef at Michael’s Nook Country House Hotel in Grasmere (where he first gained the Michelin star for the venue at the tender age of 26) and Sous Chef to Tom Aikens at Pied a Terre in London (two Michelin stars).

William Style of cooking: Modern-French using primarily British local and seasonal ingredients. His dishes change with the seasons so in the summer, he likes to cook lighter dishes and then in winter they take on more rustic influences.

William’s Favorite Foods: Depending on the season…a rustic Cassoulet, Cote de Beouf on a BBQ or grilled langoustines

What made William become a chef: His understanding of seasonality akin to all farmers and secondly the zeal and fascination of his grandmother, herself a cook.”

Here are three reviews from the well appreciated travel experts at Trip Advisor. 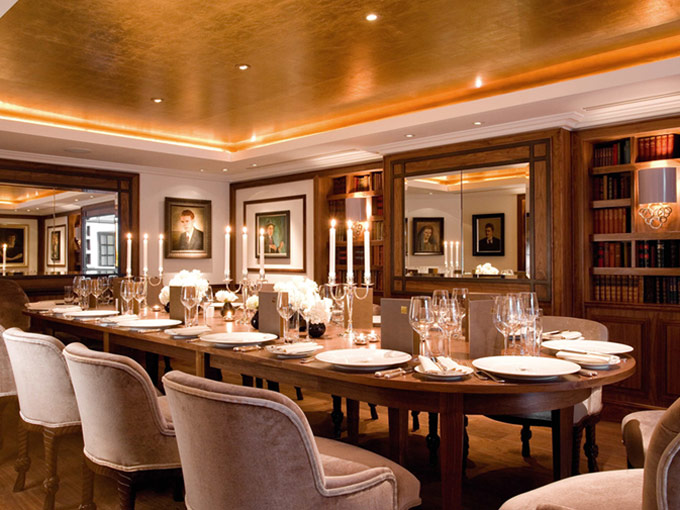 “Hidden away from the hustle and bustle, but centrally located, this is a great spot for lunch or for dinner. The food is absolutely fantastic and I will certainly be returning to taste some other dishes off the menu. Staff were extremely professional and hospitable.”

“We went last week and did the 7 course menu (Menu Gourmand with matching wine + cheese platter supplement). Every plate was delicious, and the wine selection for each course was a perfect match. The service is incredible. The restaurant has only 7 tables and this makes the visit to Seven Park Place an intimate/personalized experience.”

“Went for lunch and it was fantastic, the Restaurant is set in a Boutique Hotel in a Quiet Mayfair Street and is pretty Formal, although the staff are very down to Earth and relaxed….. food is superb and definitely among London’s Best !!!.”

Couldn’t you imagine a beautiful girl like Axa sitting in such a grand hotel? We sure could.

We also love dining and a great female vs female grappling video. 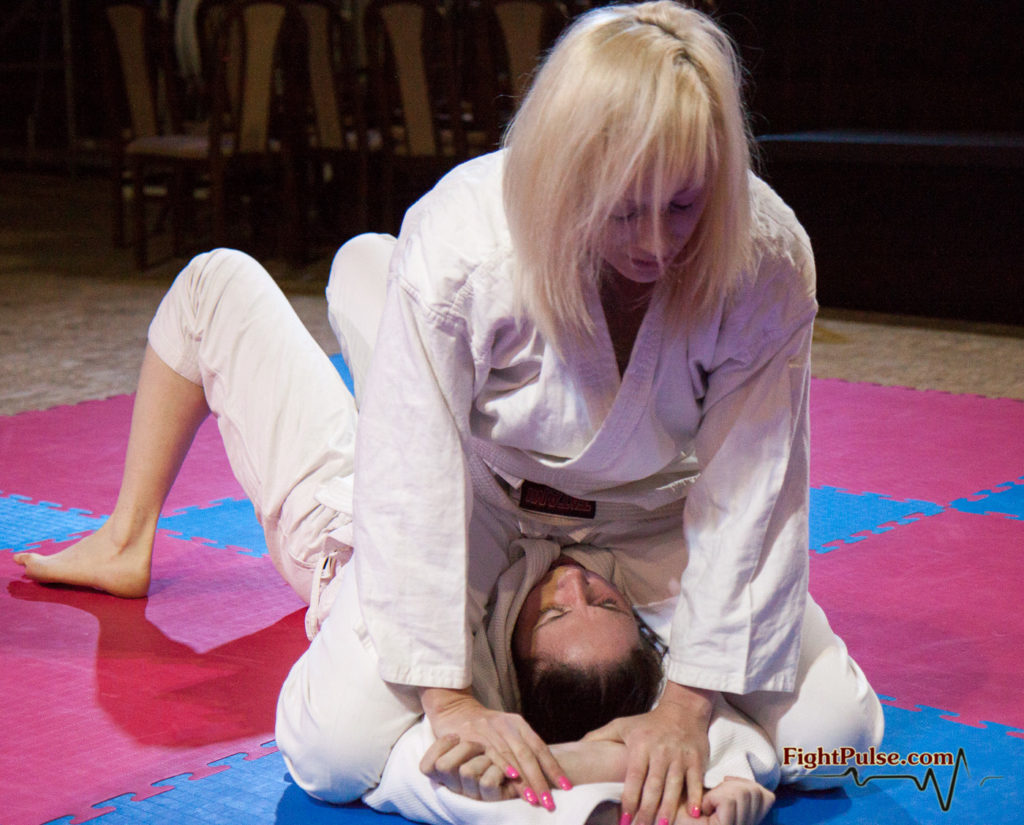 FW-41 is a pins-only competitive female wrestling match in judogis between Axa Jay (stats) and Xena (stats). This is our third release with the outstanding UK session wrestler, Axa Jay, filmed during her April visit to Fight Pulse, an account of which you can read in this blog post.

Both wrestlers are wearing judogis for this pins-only battle, but Axa Jay comes in with a white belt, and Xena with a black belt. Axa is not very happy about it and says in the pre-match interview that she will take Xena’s black belt if she beats her. While both wrestlers are middleweights, Xena has a 9 kg weight advantage as well as 14 cm height advantage over our guest. Will she be able to capitalize on this, and eventually keep her black belt?

The first round starts even and becomes a long grueling battle for supremacy. At first it is difficult to say who will end up winning this sgpin battle. But soon one wrestler establishes dominance using superior grappling skills to mount her opponent’s chest time and time again, making her carry her weight throughout most of the match. FW-41 features a very dominant performance by one of the wrestlers with lots of great tight immobilizing schoolgirl pins. 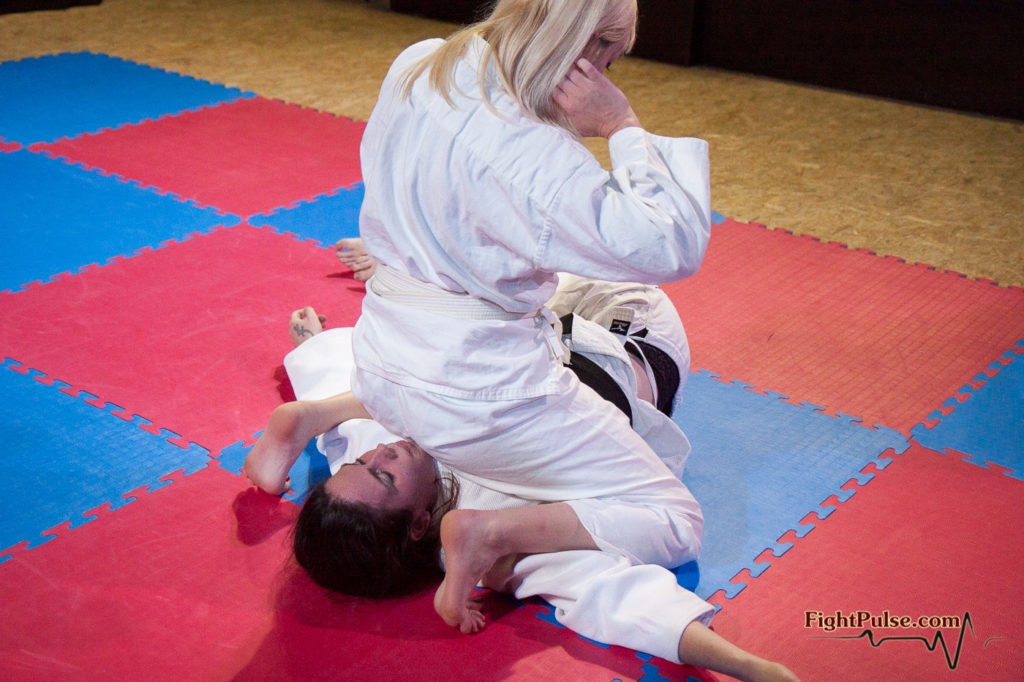 This match is a must-see for fans of judokas, as well as schoolgirl pins in general in a competitive setting. 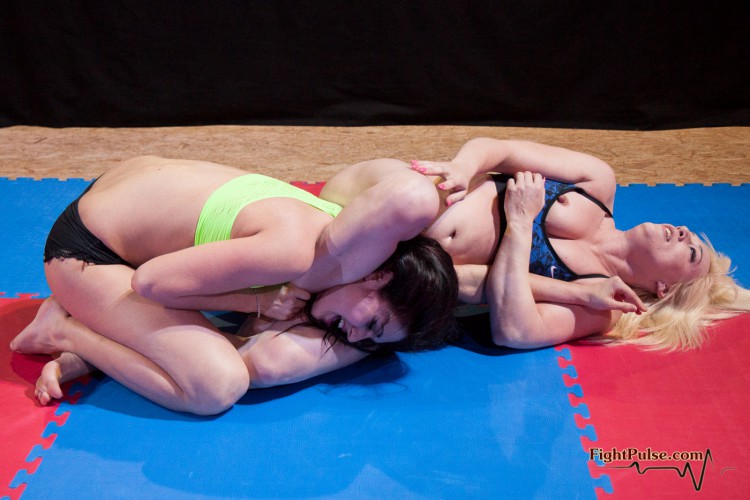 This is our 4th release (but first recorded match) with Axa Jay (stats) out of 6 videos we filmed during her April visit to Fight Pulse, a full account of which you can read in this blog post. In this competitive female wrestling match, Axa is facing our lightweight fan favorite, Jane (stats).

We won’t lie if we say that this is Jane’s toughest match to date. Not only does Axa has the weigh advantage, but she is also the more experienced wrestler. This is the first time Jane is facing a middleweight in a competitive setting. But what Jane lacks in weight and experience she tries to make up in speed and aggression. Is it enough though? 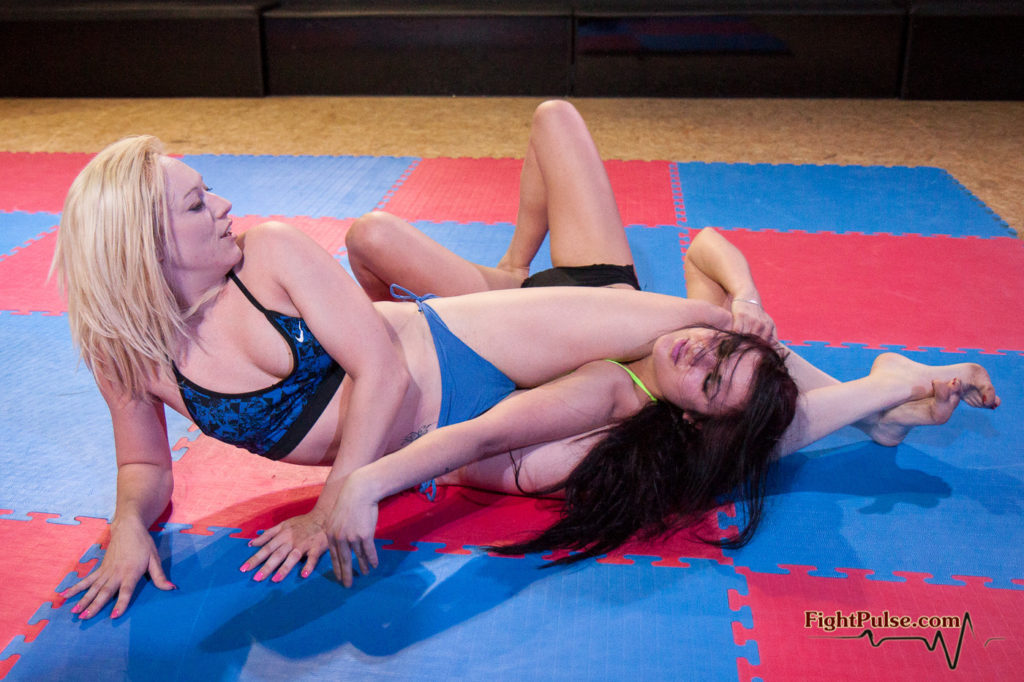 This is one of our most exciting F/F releases to date, with lots of different pins and submissions during 19 minutes of beautiful competitive action, featuring two beautiful women going at it hard, with one becoming a decisive winner.