[intro] Submission wrestler Tomiko is adventurous and brings premium excitement to whatever she does. [/intro]

Thank heavens the submission wrestler Tomiko is absolutely not like anyone else on this planet, otherwise, as much as we like her, at this point there would be over seven billion of her. 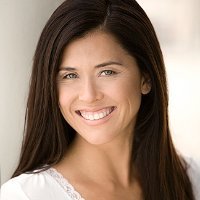 Consider what was shared by theweek.com. At the time of the First Dynasty in Egypt, around 3000 BC, the global population was just 100 million, according to estimates. By the height of the Roman Empire and the birth of Christ, that number was perhaps 250 million. And in 1750, at the dawn of the industrial revolution, global population had risen to 750 million. Now, thanks to antibiotics, improved sanitation, mechanized agriculture and stellar vaccinations, it’s about 7,155 million or 7.15 billion.

On a planet where the population is mushrooming at an alarming rate, what must an individual do to stand out?

This is certainly how the beautiful Japanese, German model Tomiko caught our eye.

[pullquoteright] The more you like yourself, the less you are like anyone else, which makes you unique.
…………Walt Disney
[/pullquoteright]

According to her website, Tomiko has appeared in film, music videos (working with MC Hammer and Blink 182), commercials, live theatrical events and television where among other shows she once appeared on the popular series Nash Bridges.

In terms of modeling, competitive though it may be, there seems to be a growing future in it. According to The United States Department of Labor, Bureau of Labor Statistics, employment of models is projected to grow 15 percent from 2012 to 2022, faster than the average for all occupations. As the U.S. population becomes increasingly diverse and businesses become more globalized, demand for racially and ethnically diverse models may increase.

Tomiko’s globe-trotting exciting life has creating many opportunities to shine. When you view her calendar, like many female submission wrestlers she seems to be constantly in flight to all destinations.

She explains, “I was born and raised in Las Vegas and moved away when I was 18 to go to college. I was in school with a full ride music scholarship (play piano, saxophone and clarinet). The scholarship was for the clarinet even though I couldn’t believe I could get a scholarship for an instrument I didn’t really like all that much.

After 3 years of school, I decided to take a break. I had a very strict upbringing and decided I wanted to see some of the world. I had always been a good student, but I felt like I wasn’t taking school seriously enough and was wasting money. I traveled around quite a bit and worked in a job that was flexible as well as good paying.

Always being goal oriented, I couldn’t stand the fact that I had not finished school, so I decided to go back to UNR and get my degree in teaching (what I had studied before). I kind of march to the beat of my own drum.

[pullquoteleft] I love Las Vegas. I like that Las Vegas has everything. Everything and anything you want to do, you can do in Las Vegas.
…………….Drew Carey
[/pullquoteleft]

Tomiko continues, “I just moved back to Vegas. I must be crazy coming back to all the summer heat! I always get asked what my name means (happiness, beauty, and child-like), and I do my best to try and honor the name. I got the child-like down! I exercise a lot, rollerblading, running on the sand, stair climbing, dodging bullets, leaping out of the way from oncoming traffic, and whatever other physical challenges that jump out at me.”

Wait a second. Is any beautiful girl raised in the land of Wayne Newton typical?

If you have ever been to Las Vegas, who of us can resist its outer worldly entertainment, sparkling lights, fantastic restaurants and its expansive playgrounds for thrill seekers. There was a clear metamorphosis from the gambling strip feel of decades ago to a theme park like play land for single adults and families alike. Even for the less adventurous, visiting and enjoying Las Vegas is an adventure.

Wikipedia enlightens, Las Vegas is the most populous city in the U.S. state of Nevada and the county seat of Clark County. Las Vegas is an internationally renowned major resort city known primarily for gambling, shopping, fine dining, and nightlife and is the leading financial and cultural center for Southern Nevada.

The city bills itself as The Entertainment Capital of the World, and is famous for its consolidated casino–hotels and associated entertainment. A growing retirement and family city, Las Vegas is the 31st-most populous city in the United States, with a population at the 2010 census of 583,756. The 2010 population of the Las Vegas metropolitan area was 1,951,269. The city is one of the top three leading destinations in the United States for conventions, business, and meetings. Today, Las Vegas is one of the top tourist destinations in the world.

Along with other major American cities like Los Angeles and New York, Las Vegas is a natural destination for beautiful models from around the world.

In terms of wrestling, Tomiko has done what we’ve learned most modern female wrestlers do. Travel the world and compete! Our research indicates she’s wrestled in Canada with the insatiable Mutiny, sunny southern California and England working with the widely respected Monica (See fciwomenswrestling.com article Wrestling Monica Evolves!) to name a few.

She has also worked with a talent rich private wrestling company located in Placerville, California where a displayed match list shows she’s wrestled some of the top names in the women’s submission wrestling business. True to her word, she certainly is adventurous. Video research shows she has even tried backyard wrestling as well.

Besides life diversification, what else helps a person to stand out among the billions? The ability to follow through and take risks.

Security is mostly a superstition. It does not exist in nature, nor do the children of men as a whole experience it. Avoiding danger is no safer in the long run than outright exposure. Life is either a daring adventure, or nothing.
……………..Helen Keller

By and large, female wrestlers tend to take more risks than females who don’t. Just the willingness to compete on the mats, be it freestyle or submission, takes courage since to this day, we’ve researched and experienced that many large segments of societies around the globe struggle with the idea of women engaged in aggression with one another no matter the attire.

This seems in balance with what Ms. Oprah Winfrey was quoted as saying. “The biggest adventure you can take is to live the life of your dreams”.

Female Competition International, fciwomenswrestling.com has constantly chronicled how women wrestlers tend to travel more than the average person especially in terms of leaving the United States. Cnn.com/2011/TRAVEL/02/04 reveals the numbers tell the story: Of the 308 million-plus citizens in the United States, 30% have passports. Despite the climbing number of American passports in circulation, 30% is still low compared to Canada’s 60% and the United Kingdom’s 75%.

The respected British news source the dailymail.co.uk adds more than half of Americans – 54per cent – have never traveled outside the U.S., and 35per cent admit that they do not even own a passport.

According to a survey of 2,105 Americans, conducted by CouponCodes4u, 41per cent of travelers who have never been abroad feel that everything worth visiting is in the U.S.

Those sobering statistics may also speak to the lack of having a sense of adventure. The well-read dictionary.reference.com explains being adventurous involves the participation in exciting undertakings or enterprises: a bold, usually risky undertaking or hazardous action of uncertain outcome.

Did we mention that Tomiko has also traveled to Peru. You should read her blog filled with personal experiences and interesting photos regarding her educational and exciting trip to the land steeped in history.

Fciwomenswrestling hopes to see more of Tomiko on the competitive women’s wrestling scene in the future. One of the reasons we love covering the sport is meeting and learning about the fascinating people like Tomiko who participate. We admire her sense of adventure and willingness to try new things. What does the future hold for Tomiko?

“With the drive and determination that possesses my soul and other areas, I have no doubts that the opportunities will continue to be there, and they will only get better. I am living my dream, and I have no intentions of ever giving up.”