Chile is an impressive country for the world to continue to view through expensive sunglasses.

When you form the buffer between the powerful Pacific Ocean and the southern region of South America, like beautiful copper sun baked skin, thick is more desirable than thin.

Viewing pictures of the makeup of Chile reveals sun splashed, white washed skyscrapers to dream like exotic rivers and lakes surrounded by majestic mountains that shout to the skies. It’s easy to fall in love with surface curb appeal.

Wikipedia enlightens that the lives, roles, and rights of women in Chile have gone through many changes over time. Chilean women’s societal roles have historically been impacted by traditional gender roles and a patriarchal culture, but throughout the twentieth century, women increasingly involved themselves in politics and protest, resulting in provisions to the constitution to uphold equality between men and women and prohibit sex discrimination.

Women’s educational attainment, workforce participation, and rights have improved, especially since Chile became a democracy again in 1990. Chile legalized divorce in 2004 and is also one of the few countries to have elected a female president. However, Chilean women still face many economic and political challenges, including income disparity, high rates of domestic violence, and lingering gender roles.

Chile has the lowest rate of female employment in all of Latin America, but women’s workforce participation has steadily increased over the years. As of 2011, approximately 47 percent of Chilean women work, versus an average of 53 percent across Latin America. Women between the ages of 25 and 34 tend to have jobs, whereas older women do not. Despite the fact that 47.5 percent of students in college are women, many still choose to be homemakers rather than join the workforce.

A respected news sources theguardian.com adds Chile has one of the lowest percentages of female presence in the labor market in Latin America: while the average of the continent is 53%, in Chile it is only 42%. Women earn 35.4% less than men in the same position, despite a law to prohibit this.

The United States Central Intelligence Agency shares Chile is in the advanced stages of demographic transition and is becoming an aging society – with fertility below replacement level, low mortality rates, and life expectancy on par with developed countries.

Nevertheless, with its dependency ratio nearing its low point, Chile could benefit from its favorable age structure. It will need to keep its large working-age population productively employed, while preparing to provide for the needs of its growing proportion of elderly people, especially as women – the traditional caregivers – increasingly enter the workforce.

Over the last two decades, Chile has made great strides in reducing its poverty rate, which is now lower than most Latin American countries. However, its severe income inequality ranks as the worst among members of the Organization for Economic Cooperation and Development. Unequal access to quality education perpetuates this uneven income distribution.

Chile has historically been a country of emigration but has slowly become more attractive to immigrants since transitioning to democracy in 1990 and improving its economic stability (other regional destinations have concurrently experienced deteriorating economic and political conditions). Most of Chile’s small but growing foreign-born population consists of transplants from other Latin American countries, especially Peru.

Progress is being seen.

Verónica Michelle Bachelet Jeria, born 29 September 1951, is a Chilean politician from the Socialist Party and the President of Chile since 11 March 2014. She previously served as President from 2006–2010, becoming the first woman in her country to do so.

After leaving the presidency, she was appointed the first executive director of the newly created United Nations Entity for Gender Equality and the Empowerment of Women (UN Women). In December 2013, Bachelet was re-elected as President of Chile with over 62% of the vote, bettering the 53.5% she obtained in 2006. She is the first person since 1932 to win the presidency of her country twice in competitive elections.

Ms. Bachelet, a physician with studies in military strategy, served as Health Minister and Defense Minister under her predecessor, President Ricardo Lagos. She is a separated mother of three and describes herself as an agnostic. Aside from her native Spanish, she also speaks, with varying levels of fluency, English, German, Portuguese and French.

The important news site, www.bbc.com remarks, MS Bachelet won 62% of the vote in the second round of the presidential election in December, well ahead of the 38% cast for Evelyn Matthei.

She campaigned on a promise to spend $15bn (£9.2bn) on reforming education, improving health care and reducing income disparity.

She also wants to increase taxes to offer free university education and reform political and economic structures dating from the 1973-1990 dictatorship of Gen Pinochet.

More enlightening information types in from www.csmonitor.com. Ms. Bachelet provided housing benefits to single mothers and ensured that half her cabinet was made up of women. But she tried and failed to pass a law to boost the number of women in the legislature.

No women’s issue is trickier for these candidates than abortion.  Chile is one of just five countries in the world where abortion is a crime in all circumstances, even when the life of the mother is at risk.

Chile’s law was imposed by military dictator Augusto Pinochet in 1989, just months before he handed over power to a democratic government.

Bachelet’s campaign has called for decriminalization of abortion in cases of rape and when the life of the mother is at risk.

The World Economic Forum says Chile’s ranking on women’s equality tumbled to 91st place this year, from 46th in 2011, thanks in large part to one of the world’s worst wage gaps.

[pullquoteleft] Chile could work as a double for L.A.; it’s very production-friendly and there’s terrific talent down there.
……..Eli Roth[/pullquoteleft]

Chile is a country of startling contrasts and extreme beauty, with attractions ranging from the towering volcanic peaks of the Andes to the ancient forests of the Lake District. There are a multitude of very good parks here, and plenty of opportunities for fine adventure travel. Chile is justly famous as the location of Torres del Paine, considered by many to be the finest nature travel destinations in all of South America states www.geographia.com.

Information offered by mapsofworld.com expresses that Chile’s most notable feature is its long coastline, which lies along the Pacific Ocean and curves around to the South Atlantic. Northern Chile’s main geographic feature is the Atacama Desert. Central Chile includes the central valley and the Cordillera de Nahuelbuta range. Southern Chile is characterized by forests, volcanoes, and lakes, as well as fjords and islands along its coast. In eastern Chile, the Andes Mountains dominate the landscape. The highest point in the country is Ojos del Salado, which stands 6,893 meters (22,615 feet) above sea level. 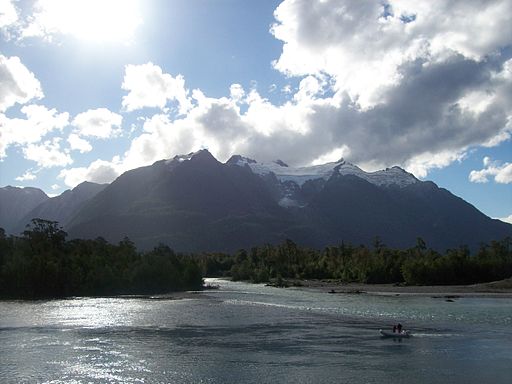 The news group telegraph.co.uk informs in March of 2014, Chilean and French scientists have discovered a network of underground caves on a remote island in Patagonia that could provide valuable clues as to how continents were formed.

The group found the system of around 20 limestone caves this week during a research trip to Diego de Almagro island off the far southwest coast of Chile.

The expedition is the latest in a series by the French Centre Terre association, who have found types of rock in the caves normally found in more temperate zones. The finds could give clues as to how the continents split apart.

For now, Chile guards parts of our planet that remain the most pristine, and they shouldn’t be missed.

Female Competition International, fciwomenswrestling.com has experienced that dignified fully competitive women’s wrestling is a growing global sport practiced in an ever changing world climate that continues to expand the possibilities of what women are capable of achieving. Our sensational planet has so much to offer in some of the most remote places that demand to be insatiably explored. We are hopeful that Chile continues to progress in its efforts to treat all of its citizens as the most precious natural resource in a country bountiful in natural treasures.