In an over-crowded planet where, if we’re not careful, it is so easy to have other interesting people blend in with the masses, we have to make an effort to differentiate them.

What is an effective way to do that?

How about profile them?

Let’s experiment and have some fun.

Let’s say that I grew up in the San Francisco Bay Area, graduated from college, procured additional certifications and licenses along the way, had an extremely high people contact life, love Chinese food, travel, watching foreign and independent films and exercise.

Based just upon those facts, which are all true, who am I?

Let’s say that I was born in the back roads of Texas in a town with unpaved streets, had relatives who chewed tobacco, love the Dallas Cowboys, Texas A&M Aggies, fried Southern Foods, women’s wrasslin’ in all forms, spend a lot of time alone and at times have been described as a loner……who am I now?

Both descriptions are accurate.

Profiling is a tricky business when you don’t have a lot of information to go on.

That’s the conundrum in trying to profile the gorgeous Euro Princess, Petra S. The girl next door that she was, this maiden didn’t wrestle a lot but when she did, she made a huge impact on us fans. 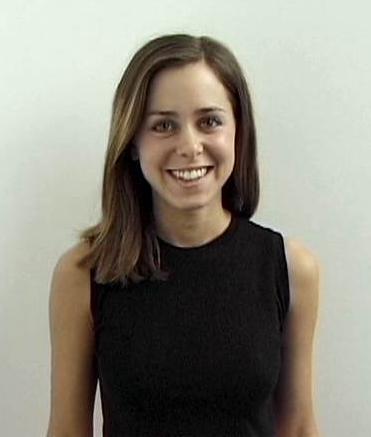 Okay, let’s have some fun.

First off you have to imitate a Texas accent. Got that? Okay, let’s do this.

Her favorite drink is water.

Here’s a question for you. Have you ever met an unintelligent student who says publicly that water is their favorite drink? I mean I’ve heard of fancy margaritas, soft drinks, beer (of course), cool upscale coffee, but water?

So, I would say Petra is intelligent, smart, aware that she is super cute, wants to get ahead, is health conscious, is a risk taker and just like Meryl Streep’s character in that Clint Eastwood film has big dreams that shouldn’t die.

Are you with me on that?

Let’s turn to some reviewers who met her personally. 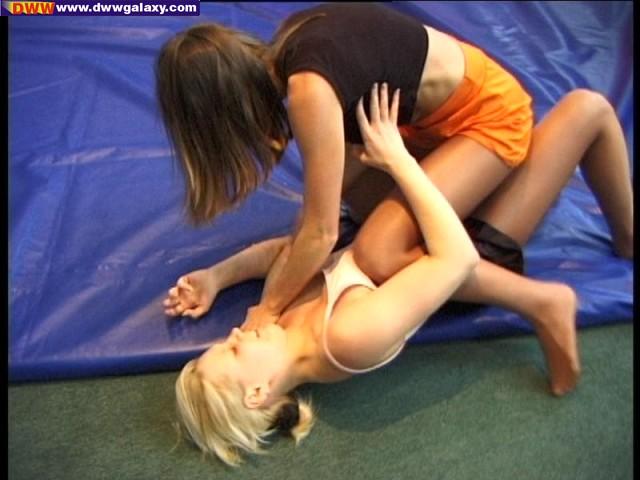 “Petra S. was one of those young women who immediately received a lot of attention by many of our fans when her pictures and clips were released in web club issues. Unfortunately she only did 4 matches in her career. One of her matches has already been released and the other three you can see here. Her first match was against Lenka. We all know Lenka as a very strong and skilled wrestler. However, you can witness the talent of Petra S. for even though it was her first time on the mat, she gave Lenka a very tough match. See the impact this Blonde beauty had on them.” 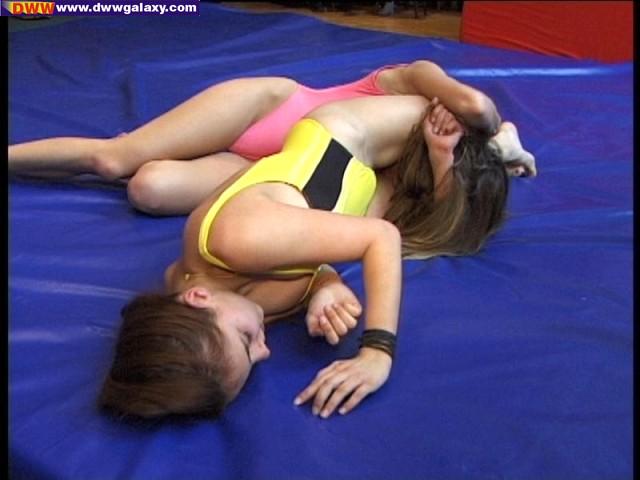 “The second match was Petra S. versus small newcomer Marketa T., both wrestling non topless in one piece suits. Since both were beginners you won’t find the usual skills here, but they try hard and you will watch a match between pretty girls next door who wrestle with aggression and with the ambition to win. If you like watching determined girls next door you’ll like this.”

Here is the review against Anette.

“This is flat-out one really sexy match between two literally drop-dead gorgeous girls. Neither Anette nor Petra had much wrestling experience, but what they lacked in ability they more than made up in glamour and enthusiasm.”

Don’t you wish the Petra had wrestled more often?

I want more Petra! Another reviewer will provide that.

“I am a fan of Petra. She is very beautiful and wrestles hard.

This is a match against Ester. Both girls looked good wearing blue jeans. According to the description, both girls are novices at the time so I did not expect much of a match. Boy was I happily surprised. Both girls wrestled hard and displayed some wrestling talent by applying various holds and escapes. The action is fairly even although one girl eventually proves to be better and gains a decisive victory.

It is too bad that these girls did not wrestle more for DWW.”

I agree, but there is a life lesson there as to why every moment of our lives should be important and made the most of. The experiences can be so fleeting.

Petra is a feminine given name. It is a feminine form of Peter, which is derived from the Greek word “petros” meaning “stone, rock”. It is also a common first name in Germany, Serbia, Croatia, Hungary, Finland, Macedonia, the Czech Republic, Slovenia and Slovakia.

Hmm, rock and water. Very earthy she must be.

The DWW Gladiators wrestled by the Danube in Vienna. As much as the Germans and Austrians are different, they also have a ton of similarities. Austria is like one giant park, Germany is more flat and urban but both groups tend to love nature and preserving our beautiful earth.

The great global information site telegraph.co.uk speaks to the German’s attitude on this subject matter.

“If there’s one thing that everybody thinks they know about Germans, it’s that they’re green. Germans think they know this about themselves too, and can point to neighbor-shaming recycling figures and ambitious plans to switch entirely to renewable energy to prove it.”

The article goes on to speak about how Germans have great indoor plumbing and very inexpensive tap water which they don’t like to drink even at home but prefer instead to pay for bottled water.

The writer adds, “This keeping-up-with-the-Schmidts attitude to H20 leads to truly ridiculous spectacles every Saturday morning, as couple after work-week-weary couple clogs up the supermarket till to pay top euro for crates of a substance they have in equal quality and all-but-unlimited measure at home.”

Keeping up with the Joneses is not appropriate here. I knew a lot of Joneses in Texas and they drank Big Red soda.

The nice site dw.com (not dww) agrees, “Germany is on the whole an environmentally friendly country. People recycle fervently, have an active Green political party, and many favor organic or regionally grown food.

But Germans also adore bottled water, which is often pricier than beer. Supermarkets are flooded with choices – fizzy, still, or mineral enriched, while tap water plays second fiddle, though it is good, clean and highly regulated.”

So back to Petra.

Bottled or tap? What would you profile? I’m going with bottled.

Now be honest, don’t you feel like you know this blonde Danube Warrior a little better. I sure feel that way. She certainly deserves the praise from the reviewers.

Thirst for and enjoy the Petra moment. She wasn’t around long.