Skip to Content
Home Main Article Water Is Miles Away 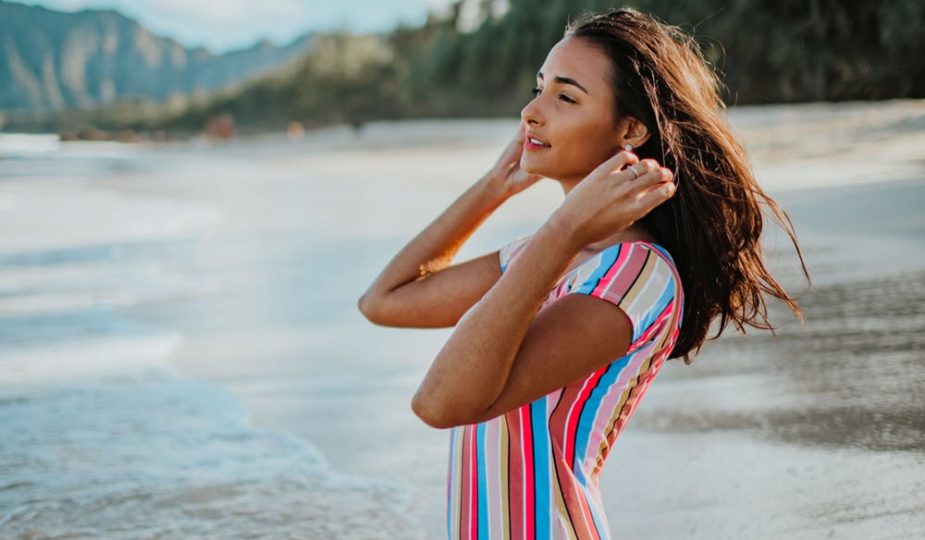 Have you ever walked in a warm southern rain on a still day, thinking about love, life and everything around you? Smelling the flowers while deep in thought. No umbrella required. The song by Love Unlimited, “Walking In The Rain With The One I Love” gently plays over and over in your head. There are rain drops everywhere.

There is water everywhere.

In developed countries it may be easy to take water for granted since there seems to be an endless supply but for much of the world, their relationship with water is so closely associated with the quote by Samuel Taylor Coleridge, The Rime of the Ancient Mariner. In terms of drinking water, “Water, water, everywhere, And all the boards did shrink; Water, water, everywhere, Nor any drop to drink.”

When it comes to charting trends and seeking out cutting edge solutions to looming problems, many would say California is the starting place to look for answers.

A solution that could be repeated around the third world is not coming from California however but Tajikistan of all places. We know what some of you are wondering.

Where and what is Tajikistan?

Wikipedia comes to the rescue. Tajikistan, officially the Republic of Tajikistan is a mountainous landlocked country in Central Asia. It borders Afghanistan to the south, Uzbekistan to the west, Kyrgyzstan to the north, and China to the east. Pakistan is separated from Tajikistan by the narrow Wakhan Corridor.

Most of Tajikistan’s population belongs to the Persian-speaking Tajik ethnic group, who share language, culture and history with Afghanistan and Iran. Once part of the Samanid Empire, Tajikistan became a constituent republic of the Soviet Union in the 20th century, known as the Tajik Soviet Socialist Republic (Tajik SSR). Mountains cover more than 90% of the republic. After independence, Tajikistan suffered from a devastating civil war which lasted from 1992 to 1997. Since the end of the war, newly established political stability and foreign aid have allowed the country’s economy to grow. Trade in commodities such as cotton, aluminum and uranium has contributed greatly to this steady improvement.

The territory of what is now Tajikistan has been inhabited continuously since 4000 B.C. It has been under the rule of various empires throughout history, for the longest period being part of the Persian Empire.

What is even more of a surprise is that a woman is leading the way in finding more drops of water to drink.

As the sun sets in rural Tajikistan, farmers start heading to the main building in town for their water user’s association meeting. All heads turn as their leader, Chairwoman Mamlakat Abduqahorova, calls the meeting to order. In this male-dominated society, the farmers in the room look to Abduqahorova for direction. She has been successfully leading the Havaskor-1 Water Users Association since its formation in March 2012, and is part of a select few women who lead water users associations in Tajikistan.

The economy of Qubodiyon district in the Khatlon region, and the food security of its people, relied primarily on a collapsing, irrigation-fed agriculture system developed to grow cotton when the country was part of the Soviet Union.

One of the key activities in the U.S. Government’s Feed the Future initiative in Tajikistan is improving farmers’ access to irrigation water through water users associations. Feed the Future works in 19 focus countries in Asia, Africa, and Latin American and the Caribbean to combat hunger, poverty and under nutrition.

In Tajikistan, the initiative helps farmers like Abduqahorova manage and operate their own local irrigation systems, including planning fair and efficient distribution of water, and planning for infrastructure maintenance. Since 2004, USAID–which serves as the lead agency for Feed the Future– has helped form over 50 associations, organized into four federations, benefitting over 200,000 people in Tajikistan.

The Feed the Future-supported water users groups are empowering women to have more decision-making authority in their households.

This seems like a reasonable approach given how the planet’s water crisis has a disproportionate negative impact upon women.

As the world population swells to over 7 billion people, and the demand for fresh water continues to grow with it, global leaders have called for greater innovation, advocacy and solutions, which is why this year’s World Water Day has been dedicated to the theme of “cooperation.”

In Africa alone, women and children spend 40 billion hours annually collecting water. While taking on this backbreaking effort, they’re also subjected to harassment and sexual assault along the way in unprotected areas.

In developing countries, many women and children start their day by walking an average distance of 6 kilometers to collect water for their families.

This consumes 200 million daily work hours, a loss of productivity greater than the combined hours worked in a week by employees at six of the biggest multinational corporations including Wal-Mart, McDonald’s, and IBM. Children miss school and parents have no time to work and lift their family out of poverty. It affects 783 million people worldwide – two and half times the population of the USA.

The water they find is usually contaminated with diarrheal diseases, such as dysentery and cholera, which cause the deaths of 2,000 children every day. This is because 2.5 billion people worldwide live without a private and safe toilet. And when you have to go, you have to go. If you don’t have a toilet, you go in a field, in a bush, or in a plastic bag. There is no dignity, nor privacy.

In recent years, the daily journey of women and children to collect disease-ridden water has assumed a new significance for campaigners, and for organizations like the BMA who help to spread the word that access to clean water and sanitation is vital for health. The World Walks for Water is an annual global event, conceived and coordinated by a group of global advocacy networks, including End Water Poverty of which the BMA is an active member.

Since 2011, on World Water Day, hundreds of thousands of people worldwide have walked in solidarity with those affected, while calling on world leaders to end a crisis that kills more than 700,000 children every year.

Thewaterproject.org informs us of what is occurring in India. Women in India are considered their family’s provider for an increasingly valuable material: water. Women are in charge of gathering water every day for use in their homes and on their land. A day’s supply of water can amount to multiple trips to a local well for women. While rainfall has remained consistent, India has overused its water, forcing its residents to search beyond their homes for the precious liquid. Indian women must travel longer to find new sources of water, and this affects their lives daily.

Indian women can take up to six trips a day to gather and transport water. These walks in rural regions can average ten miles a day. The women load jars or buckets on their heads to carry water. The pressure, added with the distance to water sources, creates back, feet, and posture problems. The heat increases their exhaustion, and the chore itself takes away much needed time for other duties. It is a great loss for these women to spend their days fetching water; they are removed from being able to make an income, better care for their children, or in a younger girl’s circumstance, be able to get a proper education.

It is common for girls in rural India to drop out of school, so as to help carry out the burden of moving water. Girls as young as ten contribute to household tasks. Eventually, they miss classes and lag behind enough in school to abandon their education. Another basis for their low attendance is due to a lack of sanitation at their schools.

Once a girl starts menstruation, it is very difficult and embarrassing for her to properly take care of herself, where a private toilet may not be available to her. She also risks dangers of violence when exposed during that time, as Indian women have been assaulted while relieving themselves out in public areas.

Indian women are at a higher risk for infections due to their frequent contact with unsanitary water. Trachoma, a water-washed disease that can lead to blindness, is transmitted through contaminated water where women gather. Women and girls collecting water are also susceptible to diarrhea, hepatitis A, and leptospirosis, a bacterial infection from water that is tainted by animal urine.

Secretary of State Hillary Clinton has elevated water to one of her key issues, providing $770 million through USAID in 2009 toward increasing access to water and sanitation, particularly for people living in developing countries, reports CNN.

The vast majority of water on the Earth’s surface, over 96 percent, is saline water in the oceans. The freshwater resources, such as water falling from the skies and moving into streams, rivers, lakes, and groundwater, provide people with the water they need every day to live.

While the world’s population tripled in the 20th century, the use of renewable water resources has grown six-fold reports the World Water Council. Within the next fifty years, the world population will increase by another 40 to 50 %. This population growth – coupled with industrialization and urbanization – will result in an increasing demand for water and will have serious consequences on the environment.

Please research and participate in World Water Day 2014. You can visit unwater.org or bma.org.uk to help you get started. 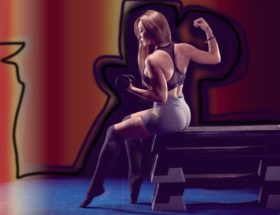 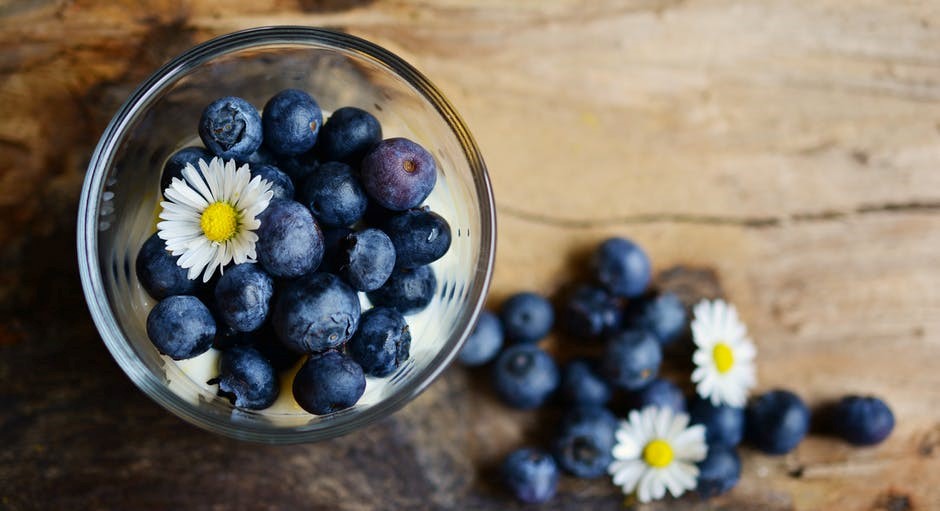 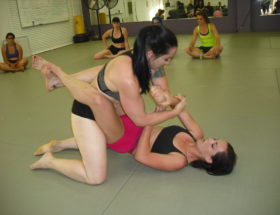