Yana Jordan brought style to competitive wrestling with a martial artist’s touch and a dancer’s grace. An experienced tactician, she is adept at both an aggressive or deceptively passive approach. 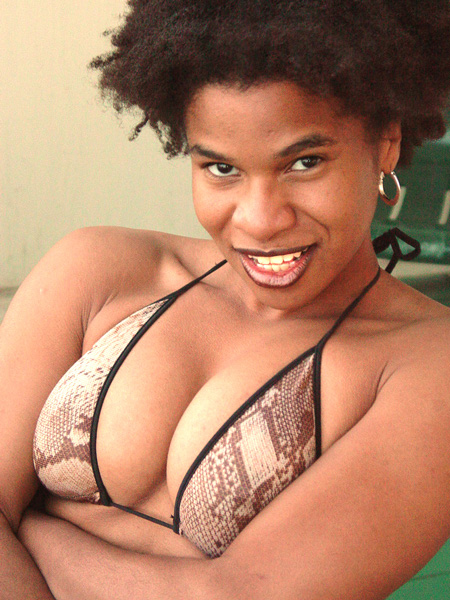 Analyzing people that you find to be interesting but have little to go on can be a tricky business. Whatever internal snap shot you designed that enabled you to feel comfortable with your final perceptions brings comfort but raises the usual questions.

How much are you projecting upon them with a fantasy dipped brush to paint their image on a canvass that you are comfortable with as opposed to an information filled library, sometimes rife with uncomfortable data that defines who they really are?

If that’s the case, like I sense here with the wrestler Yana Jordan, what’s unsaid about her becomes even more revealing than what has publicly been stated.

Here is what we know about this exceptional Virago disciple.

She came of age as a fully competitive wrestler as a student with the well-known San Francisco Virago group that featured Amy O, Grace, River and their teacher Helen Von Mott.

As this writer has watched her wrestling over the years while her style is completely different her results yield comparisons to Viktoria M. of DWW fame (see FCI article: DWW Wrestler Viktoria M. Skilled, Beautiful, Spa Laid Back) where clearly they have a high skill level yet you can never really predict when they will win or lose even to competitors that you think they should easily defeat.

I think an example might refine what I’m trying to explain.

As a competitive wrestler Olivia D’Angelo is a great San Francisco bay area talent. When watching her compete things get real simple. If you are a superior wrestler to her (most likely an illusion created in Olivia’s mind), Olivia will become submissive and handily lose to you in real competition. No fantasy there. No mystery. It’s always a very predictable outcome.

If you are a less skilled wrestler than her, without sympathy she’ll tear you apart.

Yana has surprised me at times given her training and background. She explains this at the female wrestler list site WB270.com. “I have training in kung fu, some Brazilian Jiu jitsu, and have been wrestling formally since 2002.”

That being the case when she wrestled the formidable Renee, the webmistress and masterful grappler from Catfighthaven, I thought Yana would lose handily. She didn’t. Yet when I watched her wrestle Christine Dupree at an event, complete with Yana’s sunshine and smiles, I thought with her martial arts background and Virago training she would win easily and yet she gets dominated. Very friendly wrestlers often do by competitors with the internal makeup of Christine.

Yana certainly has a resume that can be respected which includes competing against her sorority sister River, a San Francisco dynamo named Bella Rossi and San Jose champion Isamar among others.

It’s what Yana didn’t say that Helen Von Mott did that intrigues me more. In an interview with Scenes Profiles, when asked about contrasting styles, Helen explains, “Her style is completely different from River’s. She will do somewhat competitive sessions, but Yana is a dancer as opposed to a martial artist, and her personality reflects that.”

Let’s briefly visit Yana’s other world of dance which for those of us that don’t understand it like myself, it is a world filled with misconceptions and illusions. The only thing predictable is that from a competitive aspect, dance is very unpredictable.

Let’s begin with a few definitions.

The great information site Wikipedia explains, “Ballet is a type of performance dance that originated in the Italian Renaissance courts of the 15th century and later developed into a concert dance form in France and Russia. It has since become a widespread, highly technical form of dance with its own vocabulary based on French terminology.

Classical ballet is based on traditional ballet technique and vocabulary. There are different styles of classical ballet that are related to their areas of origin, such as French ballet, Italian ballet and Russian ballet. Several of the classical ballet styles are associated with specific training methods, which are typically named after their creators. For example, the Cecchetti method is named after its creator, Italian dancer Enrico Cecchetti.

For some additional insight washingtonballet.org shares, “Contemporary ballet is a form of dance influenced by both classical ballet and modern dance. It takes its technique and use of pointe work from classical ballet, although it permits a greater range of movement that may not adhere to the strict body lines set forth by schools of ballet technique. Many of its concepts come from the ideas and innovations of 20th century modern dance, including floor work and turn-in of the legs.”

Now let’s separate fantasy from reality in terms of making it in ballet. The intriguing site therichest.com sheds some light.

“The world of ballet is full of dancers who dream of making a living from their passion for the art form.  But in truth, professional ballet dancing is a cut-throat industry where talent is analyzed with a fine-tooth comb and anything less than perfection is rarely tolerated.  The odds of actually “making it” in the ballet industry with a major dance company such as the New York City Ballet or the Bolshoi Ballet are very slim, but there are smaller companies around the world that do their best to support their dancers. With the physical and mental demands and time-intensive nature of ballet training, serious dancers must be employed on a full-time salary.  A company’s investment in their dancers can certainly be worth it, because when a professional dance group has a strong reputation, tickets can be sold for major profit.

When a dancer first joins a company, they form part of a group called the Corps de Ballet, and they typically start as ensemble dancers in the background.  If a dancer is part of the union known as American Guild of Musical Artists (also known as AGMA), they have a degree of protection, in that they’re entitled to at least a minimum wage that is livable and at a set scale.

The industry – as with so many of the capricious, competitive arts industries – is notoriously underpaid, with the majority of dancers working long hours for very little financial reward. Payscale cites the average ballet dancer’s salary as a tiny $15,080 – $26,419. Midlevel dancers, often soloists, could earn as much as $50,000-$58,000 a year. In the aspirational case, celebrated principal dancers can earn a couple of thousand dollars per performance.”

Like many female submission wrestlers Yana has branched out and offers to wrestle men in private sessions. Given her sweet personality, professional demeanor and high skillsets it’s the ideal combination for a memorable experience. Here is what one very satisfied customer had to say.

“Yana Jordan is an amazing, elegant, and delightful person; she has a perfectly proportioned body with rippling muscles even though she’s not cut like a BB; her smile is contagious and her hearty laugh lets you know how much she enjoys life; her long legs are especially beautiful – and dangerous – years of modern dance and yoga and wrestling have given them the tone of steel bars; her scissoring abilities are downright scary as her python-like legs start applying pressure; she knows BJJ and submission wrestling, and she’ll pounce on you with cat-like quickness after discussing carefully the kind of session you’d like – a session with her is quality entertainment. She’s one lean, muscular, fit, squeezing machine!”

It’s been nice to take a dance filled scenic San Francisco information drive and getter a closer look at the Virago legend Yana Jordon. As the information pours in, this is one case where reality is clearly better than fantasy.