Increased competition and the merging of the three major female wrestling divisions should increase financial stability and success.

The established American stars like Keri and Julie Ginther continue to thrive and compete at a high level but there is a crop of new female submission wrestling stars on the rise in America and across the pond as well, primarily in London.

Female Competition International, Fciwomenswrestling.com and Fciwomenswrestling2.com would love to see more cross pollination between the major sectors of the women’s wrestling world; submission, freestyle and lady pros of the squared circle. We sense the submission world where we obtained our training is continuing to see the importance of sharing and reducing costs by merging efforts at events.

Recently in New York City, USA on October 4-6, 2013, such an event took place, named The Female Wrestling Exposition where a number of private wrestling companies and competitors from America and England competed in some spectacular matches.

One of the rising stars in the serious, fully competitive submission world is a young woman named Venom. A professional martial artist that competes in Brazilian Jujitsu, Boxing, Wrestling and MMA, she states she trains every day and loves winning her fights by submission. Her favorite move is the triangle choke as she can see her opponent struggling for breath before they tap.

Venom from London is described as tenacious, incredibly skilled, and very quick, with a threatening guard and an arsenal of submissions at her disposal. Julie Ginther met Venom in a tough, drawn out match that left both competitors spent.

The wrestler Sable also from London is considered one of the top female submission wrestlers in The United Kingdom.

Someone equally impressive on the rise is the shapely competitor Minxy Li. Her bio states Minxy-Li’s strong weight trained body is matched only by her effervescent personality. Short and powerful of build, she takes her gym conditioning very seriously and always works very hard to advance her wrestling skills to make sure she has new found skills and tricks to use on you!

Minxy found herself in a brawl with rising American star Kara who battled Julie as well. 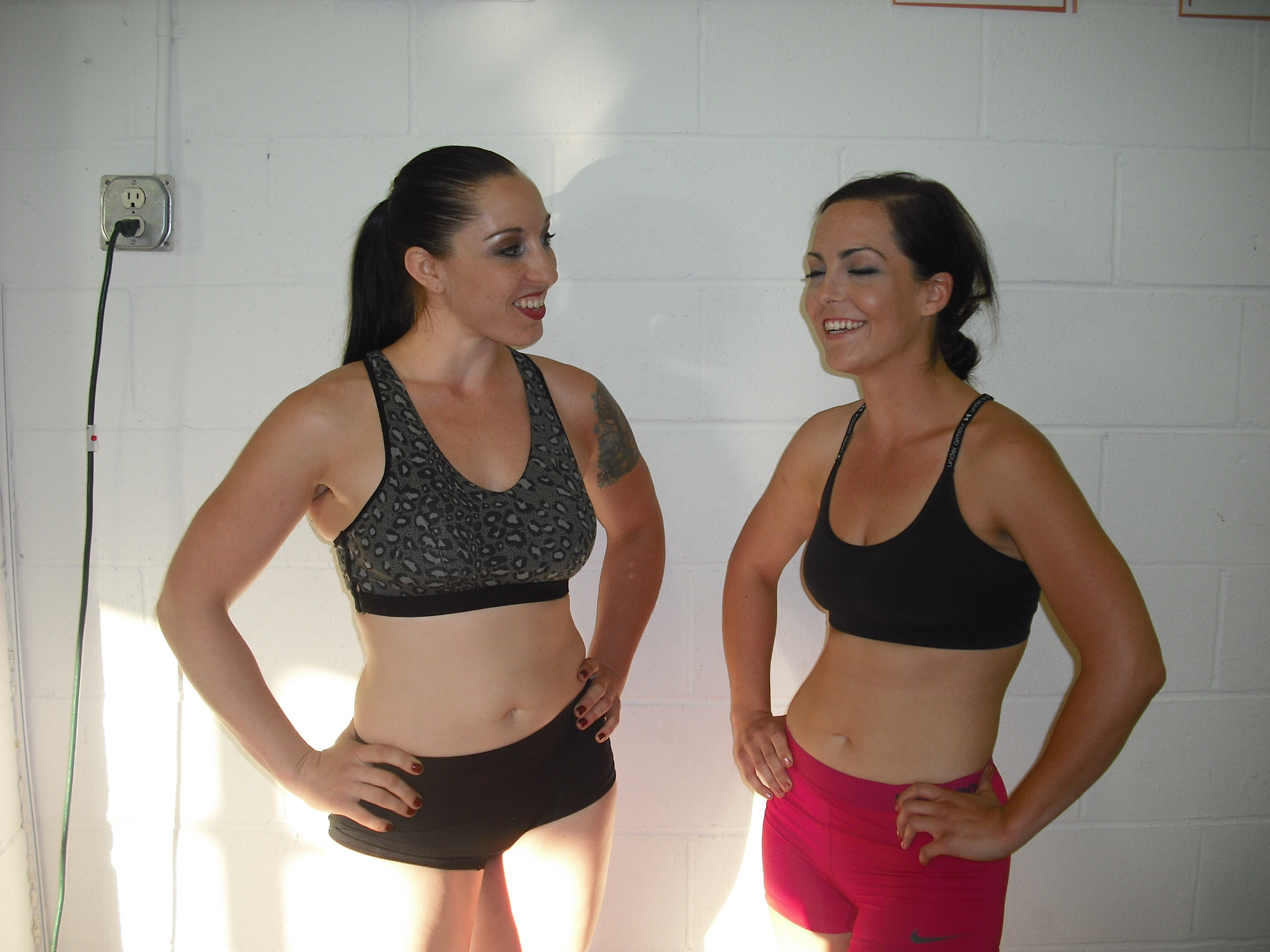 In our circle we remember Jennie Vaughn from her early days wrestling and competing at a south Florida company cutting her baby teeth with Sammy Squeeze and Julie Ginther as well. Jennie has clearly improved where there she displayed very basic wrestling skills. In her new bio she states, “I am a 1st degree black belt in tae kwon do-which I trained 7 years, I then did some mui tai & jiu jitsu in addition to wrestling.”

Jennie took on Minxy Li in a very testy street fight atmosphere. It was tense throughout with trash talking, unauthorized punching, body slapping and the like as well as a clear, dominant winner.

Since the days of women’s wrestling conventions may be a thing of the past and the extremely high costs that go with it, events where private wrestling companies merge their stable of wrestlers and share costs seem to be the wave of the future as opposed to one promoter footing the entire bill.

Who are other up and coming female submission stars expected to explode?

Based in the Los Angeles area is an ex-military beauty named Shauna who has been wrestling competitively for a few years and continues to carve out one victory after another. Her bio states Shauna has trained as a dancer and been a skilled athlete all her life – So it’s no wonder that fitness is a huge part of her daily routine. She trains hard and heavy 4 times a week and is known for her lethal legs! With her fiery red hair, captivating blue eyes, and girl-next-door charm – It’s no wonder she steal the hearts of men and women alike.

Don’t let her sweet smile fool you — She is also a US Army Veteran and a fierce competitor! She has experience wrestling both men and women in the gym and for various video companies. Shauna is a naturally dominant female who loves engaging in role-play scenarios.

A beautiful Canadian competitor who we view as more of a body builder with a feminine body but with an extremely fierce wrestling demeanor is Cindy Huntress. We wish we would see more of her matches because a few years ago when she wrestled a stable of European girls she sliced through them like soft artificial butter.

Our persistence in focusing on the lady pros, women submission and freestyle wrestlers is we are confident one day the three divisions will meet in fierce, exciting competitions in a dignified environment complete with corporate sponsors. From our view, the more the wrestling emphasis is on competitors from different worlds colliding in title fights, the less the need to sell the product based primarily on sex appeal.

Balance is the key.

The great entertainer and comedian Bill Cosby is quoted as saying, “When you introduce competition into the public school system, most studies show that schools start to do better when they are competing for students.”

Another great producer of entertainment, Walt Disney was quoted as well. “I have been up against tough competition all my life. I wouldn’t know how to get along without it.”

FCI hopes to contribute to the increase in real competition among the female wrestling groups. It will be great for the industry.

The law firms, milk and beer producers, airline companies, banks, retailers and more are doing it, over and over and over again with financial success. What are they doing? Merging. The principles of success in life rarely change if carefully imitated. If these groups can successfully accomplish their goals in unison, so can the female wrestling world.