Have you ever met someone where you fall in love with everything they say upon the first meeting? As you quietly listen to them, you’re hanging on to every word they express?

It’s easy to do that when you meet Sky Storm, a session wrestler who lives in Las Vegas. This writer met her at a recent wrestling event and had a chance to sit down and talk with her. Sky is very down to earth, relaxed and forth coming in her conversations.

She also goes by the name of Alessia. 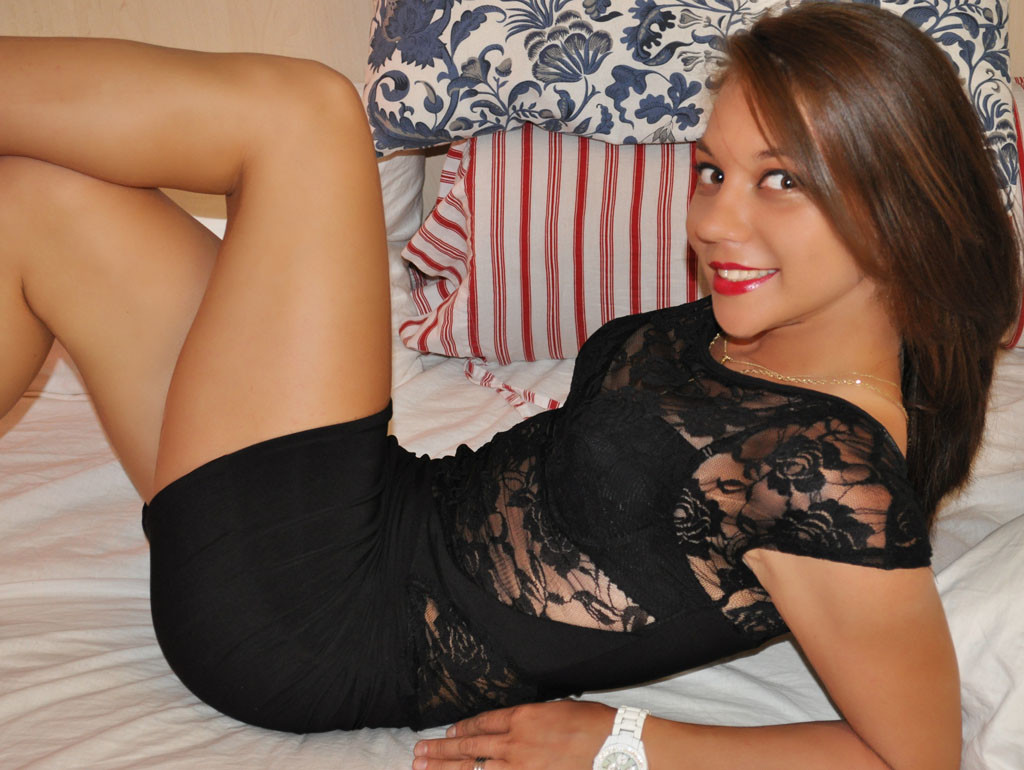 She comes from the historical country of Romania and excelled at sports there. For eight years she was on the Romanian Gymnastics Olympic Team as a Junior Gymnast. 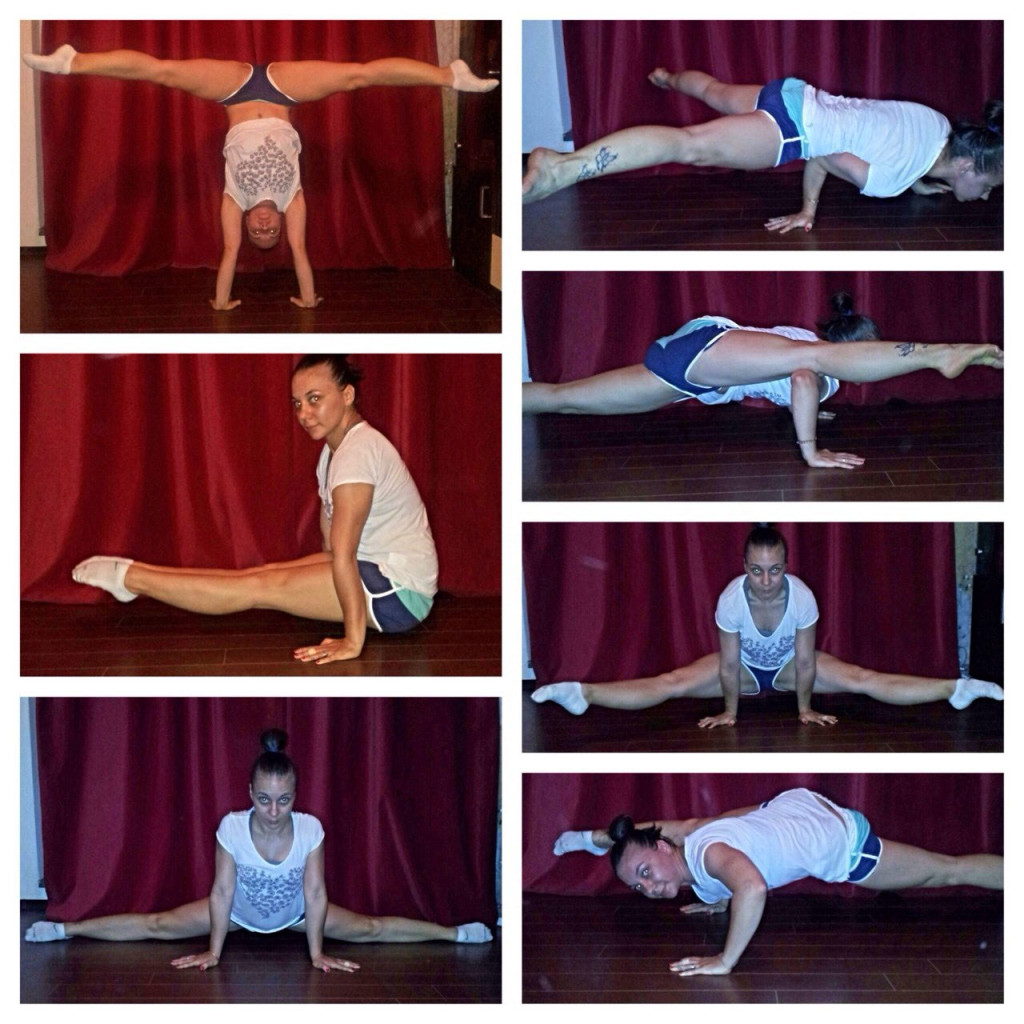 She also performed in the circus displaying acrobatic stunts gymnastics style. Well-traveled she’s been to Germany, Ireland, Bulgaria and Tanzania to name a few. She expressed that Holland is one of the cleanest countries that she has ever seen. She loved Ireland because there is such a sense of freedom and a spirit of free thinkers.

When you watch Sky wrestle you can see that she is tough as nails and hammers away right up until the end. She takes no prisoners and makes it clear to her opponents that they don’t want to anger her. In speaking with Fciwomenswrestling, she admitted it’s impossible for her not to give 100 percent.

She has trained in MMA, BJJ, Judo, Karate, Wu-shu and all Martial Arts. Ever seeking a challenge she is an actress and dancer as well.

Her name meaning is fitting given her wrestling abilities conveying Protector of Mankind. Hollywood are you listening?

Female Competition International has traveled with our readers to many countries but seldom Romania. Let’s fly there now, first starting with the basics and then narrowing down to the exciting city of Bucharest.

Romania is a unitary semi-presidential republic located in Southeastern–Central Europe, bordering the Black Sea, between Bulgaria and Ukraine. It also borders Hungary, Serbia, and Moldova. With its 19.9 million inhabitants, it is the seventh most populous member of the European Union. Its capital and largest city, Bucharest, is the sixth largest city in the EU.

The River Danube, which is Europe’s second longest river after the Volga, rises in Germany and flows southeastwards for a distance of 2,857 km course through ten countries before emptying in Romania’s Danube Delta.The Carpathian Mountains (the tallest peak is Moldoveanu at 2,544 m, 8346 ft.) cross Romania from the north to the southwest.

As you can see, it’s a country rich in history. Also significant is it’s location in the proximity of our great female submission wrestling culture along the mighty Danube River and the formidable Black Sea.

Let’s get inside a Dacia, the Romanian car that could and travel to Bucharest.

Bucharest, in southern Romania, is the country’s capital and commercial center. Its most iconic structure is the massive, communist-era Palatul Parlamentului government building, which has 1,100 rooms. Nearby, the historic Lipscani district is home to an energetic nightlife scene as well as tiny Eastern Orthodox Stavropoleos Church and 15th-century Curtea Veche palace, where Prince Vlad III (“The Impaler”) once ruled.

Given that Sky is a performing artist, with so many ways we could delve into Bucharest, why don’t we look at the arts first.

Our well-dressed Guide romaniatourism.com explains in perfect English, “The city’s artistic life stood up to its Parisian nickname in the 1930s and today, is as vibrant as ever. The Opera House, completed in 1953, is worth visiting, not only for its brilliant performances but also for the lavish interior design. The world-renowned Romanian Opera performs in Romanian as well as Italian and German. You will be able to enjoy the classic repertoire – Puccini, Verdi, Rossini, Mozart -, innovative staging, lavish costumes, seasoned performers and choreographers. The Romanian National Ballet also performs in this theatre. Performances are held Wednesday through Sunday evenings, except during July and August.

The Russians introduced the Stanislavski technique – the method which gave the world Marlon Brando – to Romanian theatre and this keeps acting standards high. While most theatre productions are performed in Romanian, sometimes, it is possible to find performances in German or English at various small theatres.”

The well-respected travel site tripadvisor.com nicely dressed as well for the arts smiles, “Bucharest has a strong performing arts scene which is enjoyed thoroughly by both tourists and locals.  Both musical and theater performances take place throughout Bucharest.  Both historic and modern venues set the stage for performing arts of all kinds.”

If you want to taste the arts and sample a touch of Romanian life, perhaps one way to accomplish that is through film.

As of this June 2015 writing, if you have Netflix, the Romanian film Tuesday, after Christmas is streaming. Here is the film’s premise. “Romanian director Radu Muntean’s clinical study of an extramarital affair has far fewer scenes than the average film. But each of those scenes is packed with telling details and mounting turmoil. Without ever breaking the film’s established point of view, Muntean closely examines every party involved in a betrayed marriage, touching on longing, passion, shame, suspense and anger. The superb cast delivers truthful performances throughout long, unforgiving takes. Tuesday, After Christmas never judges its characters, but follows them down a path that will greet each of them with a different mix of pleasure and pain.”

The film is rated R.

We of course have just scratched the surface of what this fascinating country has to offer. With Sky’s warm and honest personality, it sure makes you want to travel there and hang out.

We had a chance to hang out with her at a wrestling venue and to say we were impressed is an understatement. Sky sessions out of Las Vegas so you might look her up at the WB270 for her bio. The writer sure loved meeting her in person and is confident that you will too.