IN THE SUBMISSION WRESTLING WORLD, WORKING WITH PENNY WAS PRICELESS! 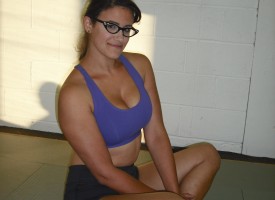 I told the Inland Revenue I didn’t owe them a penny because I lived near the seaside.
Ken Dodd

When you meet competitors like Penny, it reminds you that covering women’s wrestling in virtually all of its forms, freestyle, MMA style submission or the lady Pros is the best job in the world bar none. The personalities, the charisma, the beauty creates a total package. You can toss in a great sense of humor as well.

An associate of FCI was introduced to Penny at a San Francisco Bay Area competition where he would shoot the event. He hadn’t really heard anything about her as like most producers he worked through a recruiter. He could see that the other female wrestlers were fond of her and as they began to converse, Penny is truly likeable. The more he spoke with her though a strange thing began to happen.

A very faint little voice started to speak to him.

He tried to dismiss it, remained expressionless as he listened to the eager, young competitor but that darn subliminal like voice just wouldn’t go away. In a way, he could understand it. She possessed all the usual suspects. She was extremely good-looking, shapely, feminine, bright and talkative. Now those may be great qualities in a school teacher, real estate agent, personal banker or even a lawyer, but a submission wrestler? Penny would converse and darn it, there it was again. And again and again. What was it saying…….in a whisper?

He couldn’t get it stop. Penny would smile and speak and there it would be again in a persistent whisper.

If you don’t know what a jobber is, than you haven’t been watching the lady pros. We’ll give you some names and after a while, we think you’ll get the point. Alma Alvarez. Her hair stood out far more than her wrestling. Hair everywhere, wrestling victories nowhere. Alona Star would sometimes team with Alma where the villains, like a Saturday morning cartoon, were two seconds away from planting them both head first into the canvas. The only mystery when those two teamed up was who was going to get splattered not first (usually Alma), but last.

Who could forget Susan Starr, a very feminine country girl next door brunette? The only surprise in her matches was which cow girl boots she chose to wear that would stand upright while she was getting pinned.

Then you go across the Pacific and they had their share in the Japanese ladies game. Our favorite was Hiromi Yagi when she was young and still had her baby fat. Like most Japanese wrestlers during her time period, the company would start you out in simple attire and as you progressed, the uniform and your body would become more stealth like. Once Hiromi put on her muscles and begin to carve out one win after another, it wasn’t the same.

We’ll end with our favorite jobber of all time who unfortunately didn’t wrestle much but gave us the pleasure of watching her receive at least a few pancakes from body splashes while always graciously losing her matches, the very shapely and sexy Angie Minnelli. She could stay flattened with the best of them. Give all of the above ladies credit. Since all was probably agreed upon ahead of time, they were reasonable, cooperative team players.

We leave the lady pro world and return to the submission world and Penny for our thoughts.

Penny that day was going to go up against a very sturdy submission wrestler who our associate had spoken with and seen wrestle a number of times and he quietly began to calculate, in this 10 minute match, at what mark would Penny’s opponent acquire 5 submissions. Within 2 minutes? Four minutes tops. The two competitors began to scrap and truth be known early on Penny was getting the worst of it.

Then something strange happened…….. 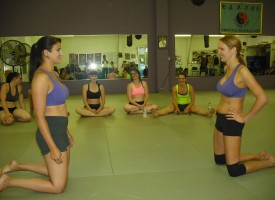 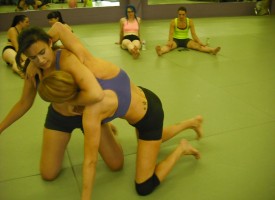 Penny began to come back!

What was the outcome? The download is in production on another conservative site geared towards a male audience. Needless to say, our associate was very impressed with Penny as a person and wrestler. Good reports are now coming in that Penny is grinding out one victory after another and loves to use a signature monkey flip on her opponents. Penny is full of surprises. Nooooooooo jobber here man! Time for an exclusive interview FCI had with Penny after the event.

FCI: Penny that was a great match. We’re impressed. Our site is going to be travel oriented to appeal to corporate advertisers for sponsorships of matches hopefully between you submission wrestlers and the college girls after they graduate. Like Menlo down the road. Let’s talk about cities. What are your three favorite cities?

FCI: We sense a connection. Why Anaheim and Orlando?

FCI: What about foreign countries. Female wrestlers tend to travel far, wide and often. Where have you been?

FCI: Why those three?

FCI: Any other countries?

FCI: What was the purpose of your visits to those countries?

Penny: It was for our family business.

Let’s pause and consider Thailand. So often travel to Thailand is associated with tourism but when people do business in this bustling paradise, what type of business is done there more often? In a report by the embassy of Switzerland, the emphasis was on 10 sectors which constitute 85% of Thailand’s export value:

A nice summary is on the website Bangkok, a dream destination. “Thailand advocates free enterprise in business and industry. Except for certain core services like power generation, transportation, and communication that are operated primarily by the government an entire industry sector is available for private enterprise. The Thai Government is pro foreign investment. Investors are welcome in the country and if you are interested to invest in Thailand you can approach the Thailand Board of Investment.

Thailand’s economy is primarily agriculture driven. A majority of the country’s work force is employed in agriculture and agro-based industry. Some of the important produce of Thailand includes Rice, Grain, Sugar, Fish & Fishery products and Rubber. Export of these items in raw form as well as in processed food form is significant.

Thailand is also gradually making its dent in the manufacturing sector with a diversified manufacturing sector base that includes Steel, Electronics & Computers, Electrical Appliances, Automotive, Processed Food, Garments, Footwear, Toys, Plastics, Gems, Jewelry and Furniture. Thailand is also becoming a center of Automobile manufacturing for the ASEAN market. Two major automakers, viz. Toyota and Ford are already having manufacturing units in Thailand. The boom in the auto sector has created increasing demand for steel thus creating opportunities in steel production. With Bangkok, Phuket, Pattaya and other parts of Thailand being major tourist destinations, a huge opportunity exists in the Services sector too. Some of the areas worth investing in are – Travel & Tourism, Hotels, Restaurants & Cafes, and Banking & Finance.”

As you probably guessed, one of the reasons why doing business in Thailand is so meaningful is because of the people who live there. One of the reasons we have been involved in the women’s wrestling world so long is due to meeting interesting and charming people like Penny. It’s not the destination but the people you meet, sometimes only once, along the road who have a very nice impact. We finish our interview with Penny.

FCI: What are the most important qualities you like to see in people?

FCI: What do you see as your purpose in life?

Penny: To raise my family well and be joyful.

Those are two very important life goals. Given Penny’s various travel experiences and growing success on the amateur mats, we’re confident this Fem Competitor accomplishes whatever she sets out to do.