Wikipedia reports physique contests for women date back to at least the 1960s with contests like Miss Physique, Miss Body Beautiful U.S.A., W.B.B.G. and Miss Americana, I.F.B.B.. Maria Elena Alberici, as listed in the Almanac of Women’s Bodybuilding, won two national titles in one year: Miss Body Beautiful U.S.A. in 1972, promoted by Dan Lourie and Miss Americana in 1972, promoted by Joe Weider.

Mr. Olympia, Arnold Schwarzenegger was a judge at the Brooklyn Academy of Music in New York when Maria Elena Alberici (aka) Maria Lauren won Miss Americana. The first U.S. Women’s National Physique Championship, promoted by Henry McGhee and held in Canton, Ohio in 1978, is generally regarded as the first true female bodybuilding contest – that is, the first contest where the entrants were judged solely on muscularity (Todd, 1999).

Rachel McLish became the most successful competitor of the early 1980s. She lost her Ms. Olympia crown by finishing second to Kike Elomaa in 1981, but regained the title in 1982.

In the news recently was the success of Ms. Barbie Thomas who has competed successfully without the use of her arms which she lost in childhood.

Abcnews.go.com reports Ms. Barbie Thomas lost both her arms at the age of 2. She was playing outside her Texas apartment complex and climbed onto a transformer, grabbling on to the wires. The electric current traveled through her little body, from her hands out her feet, burning her arms to the bone.

“They were like charcoal,” she writes in her biography on her website, Fitness Unarmed “They were completely dead and had to be amputated at the shoulders.”

No one expected Thomas to live. But today, at 37, she has accomplished what was once regarded as the impossible: Thomas is a competitive body builder and model.

Hers is a great success story. There are the disastrous tales as well.

Ibtimes.com reported on a female bodybuilder who abused steroids ended up altering her body beyond recognition. Englishwoman Candice Armstrong, 28, was once a skinny, pretty blonde. Now, she’s a buff brunette, complete with body hair and acne.

As the Sunday People reports, Armstrong’s journey began two years ago, when she began going to the gym in an effort to improve her figure.

“I hated my body,” she said. “My hips and legs were too big and my arms and torso too ¬skinny. I thought I was out of ¬proportion and not ¬attractive. I’d never had a ¬proper relationship with a man.”

When she wasn’t satisfied with the improvements she was seeing, Armstrong turned to steroids. She soon became addicted to daily doses of Trenbolone.

The knock on watching female body builders wrestle is often ironically due to the female involved achieving her goal which is to attain a body defined with muscle mass.

Like most things in life, finding balance in physical form between the muscular build and the feminine form is the key.

There are niche sites that focus exclusively on female body builders in wrestling competition but they are the rare exception to the rule.

In terms of looks and ability, one competitor that seems to have found the balance is the beautiful young submission wrestler named Pandora.

At www.wb270.com, a website that features the profiles of female submission wrestlers around the world, currently hailing from Chicago, Pandora shares with us a basic bio. Born in 1983, Pandora is 5 foot, 1 inch, weighs in at 115 pounds, is petite, very athletic and flexible.

Her specialties in terms of services provided are session wrestling, pro-style wrestling, fantasy wrestling, semi-competitive wrestling, grappling, boxing and kickboxing, scissor sessions, and lift and carry (up to 175 pounds!).

She enthusiastically proclaims, “Hey wrestling fans! I’ve been doing pro-style wrestling, boxing, and kick boxing, grappling, and session wrestling for a few years now. I have always been very athletic. (Gymnastics, cross country running, swimming, snow and water skiing…) I am a competitive person and always appreciate a challenge. Most of my opponents underestimate my size, strength, and endurance, so victory is twice as sweet! So if you are up for the challenge, bring it on!!! I am pretty flexible with a variety of wrestling sessions.”

This writer had a chance to meet Pandora and watch her compete at the fantastic Jackpin Women’s Wrestling Convention held in San Diego in 2008 at The Marriott Hotel. It was on a magical Saturday night where the main events of the day had previously occurred and for a nominal fee we customers had a chance to watch some great women’s wrestling in a ring and afterwards had an opportunity for a meet and great with the combatants. Pandora is a striking brunette with long flowing hair, a shapely feminine form and strong beautiful slightly muscular legs that reflect her years in the gymnastics world. Her picture does not do her justice. As the saying goes, in real life she is gorgeous.

She is very personable and according to our records split her matches, carving out a victory over a newer female submission wrestler and then had the courage to take on the formidable Julie Ginther in another well attended match.

After the convention was over, Pandora would wrestle for private companies and begin to develop the reputation as a rising star who was taking the sport seriously. The challenge for many female submission wrestlers is obtaining steady work since there are so few private wrestling companies that shoot product on a regular basis.

Our hope at Female Competition International is to bring the women of the lady ring pro world, the freestyle world and the submission wrestling community together in title fights with corporate sponsors. Pandora is certainly someone we would like to see compete in the future.

Pandora also reflects what we have observed in the female submission wrestling world that makes them an attractive advertising market is that they travel the globe, many have been to and graduated from college, are often single and are the financial decision makers in their household with sizable discretionary income.

Women submission wrestlers continue to bring a unique excitement to the world of women’s sports. Watching Pandora compete confirms that the balance of beauty and power is possible. 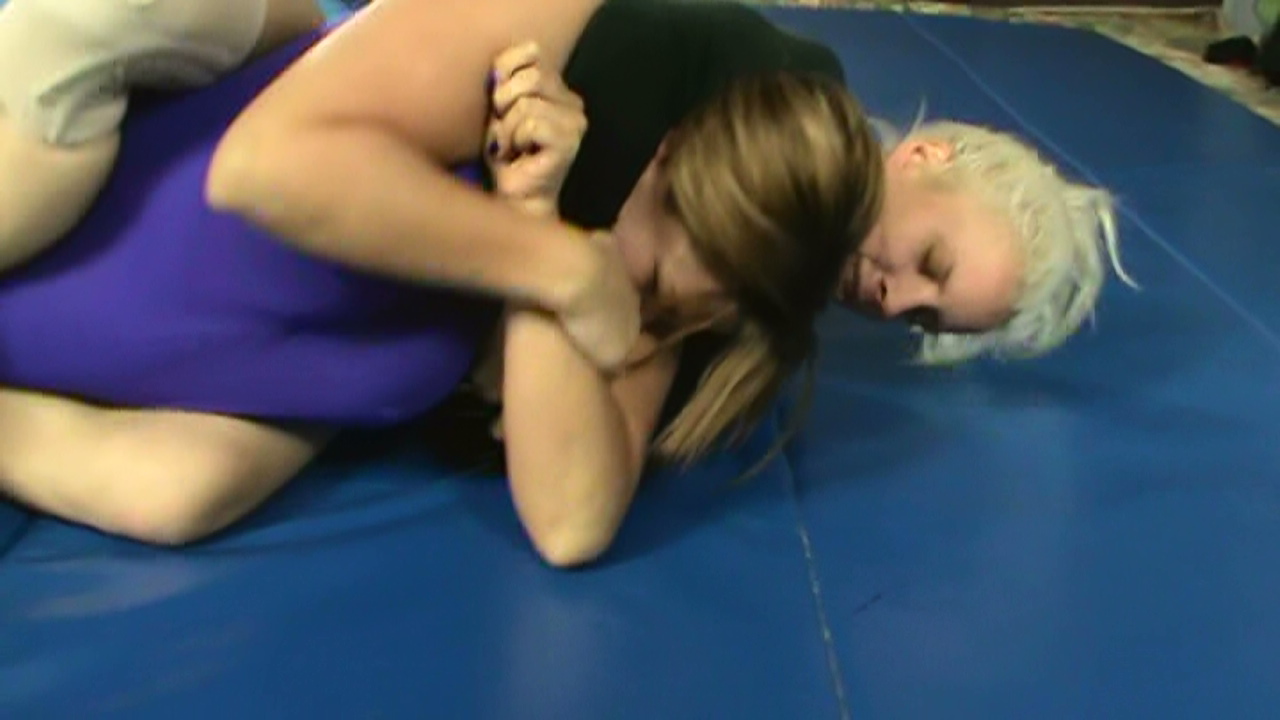