Our series of dinner with a movie (F vs F) in Prague continues.

Today we will have one slight variation where we offer up one of the best sandwich shops in Prague.

It’s called Mr. Bánh Mì, but after eating their sandwiches you will just call them “Sir”.

They invite us in at http://www.mrbanhmi.cz/en/about/

“Vietnamese banh mi is a word derived from Banh (bread) and mì (wheat). This kind of bagel originated from a simple french baguette. To complete the origins of the recipe you need to go back to the second half of the 19th century, the time of the French colonies in Vietnam. In the city of Saigon was a popular dish originally Parisian baguette. Over time, especially in the middle of the following century they began to replace the original local fresh ingredients for their own.

With its distinctive fresh taste, balance in many variations banh mi earned a place among the exclusive sandwiches and soon became a popular dish in the world. Mr. Banh mi benefits from a family tradition of preparation and years of experience with our chefs serving Vietnamese sandwiches. We are convinced that you will love the taste of fresh fluffy banh mi. We can also offer other Vietnamese specialties – pho soup, rolls, rolls, salads and more. You can find us in one of our restaurants, on our Facebook and also on DámeJídlo.cz.

That sounds wonderful. If you travel to Prague, this appears to be the place.

Now it’s time for a movie. 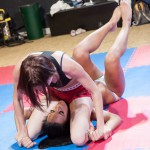