Navigating the Prague eatery landscape can be an exhaustive and exhilarating experience. There are so many fantastic places to dine and snack in Prague and at Femcompetitor Magazine, we have spoken about many of them.

Having said that, in that regard we are still amateurs.

So let’s turn to someone who has become somewhat of an expert.

It’s time for a meal and a female vs female grappling movie.

Lisette Allen is a freelance journalist who contributes regularly to The Guardian’s online Travel section as their Been There Local Expert for Prague as well as other UK based publications. She has written for Expats.cz on a broad range of topics including dining in Prague.

Regarding another gem she expresses, “It’s always pleasing to spot a new independent café right near a branch of a corporate coffee chain.”

Lissette introduces us to this quiet Prague hideaway. They have hot breakfast options including the full English, pancakes and omelets. For lunchtime visitors there are burgers, soups, salads, a range of sandwiches, and even a gourmet cheddar dog.

“I love really good food and I don’t ever want to spend too much for it, but I like hanging out and having really good, tasty, interesting food.”….. Kris Allen

At the informative and often tasty site foursquare.com provides us with a few.

One reviewer expresses, “Vinohrady’s hidden gem with a lot of sweet and salty treats. Just name it: hot dogs, burgers, wraps or tasty cakes. The environment is cool and cozy.”

Very good. Now we are full, it’s time for a fantastic female vs female wrestling film from the Czech Republic. 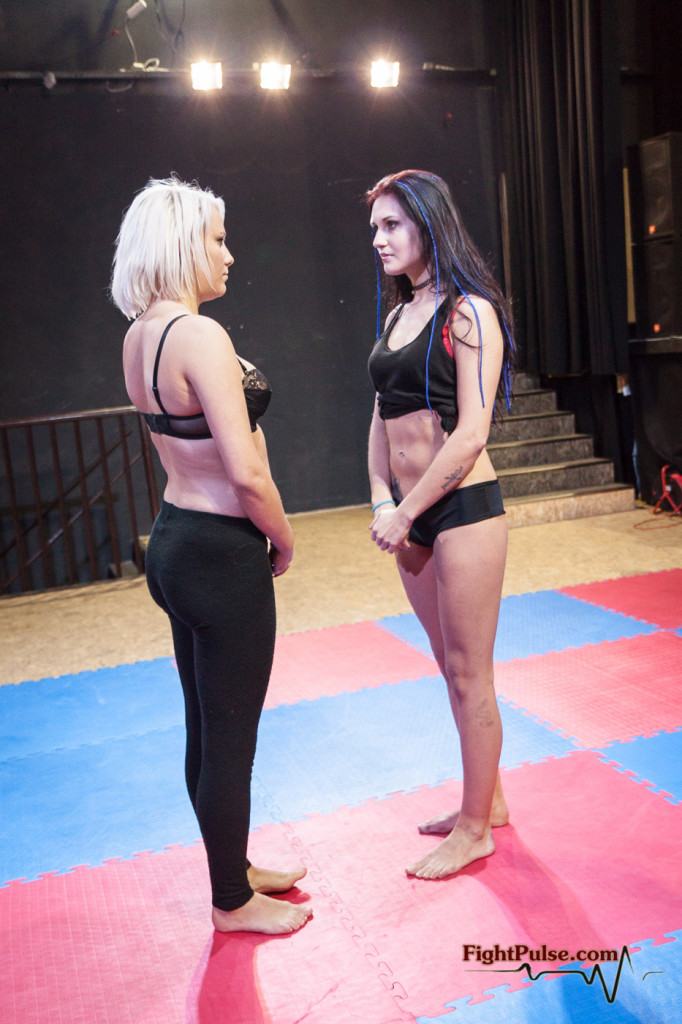 In her energetic, albeit painful, and ultimately exhausting, debut at Fight Pulse, Kristi faces the very aggressive Jane. Jane, despite being new to wrestling herself, has already proven that she can fight with the best. Due to her unmatched speed and ferocity of her sudden attacks, Jane is truly a rough welcome for anybody. Can Kristi handle it? 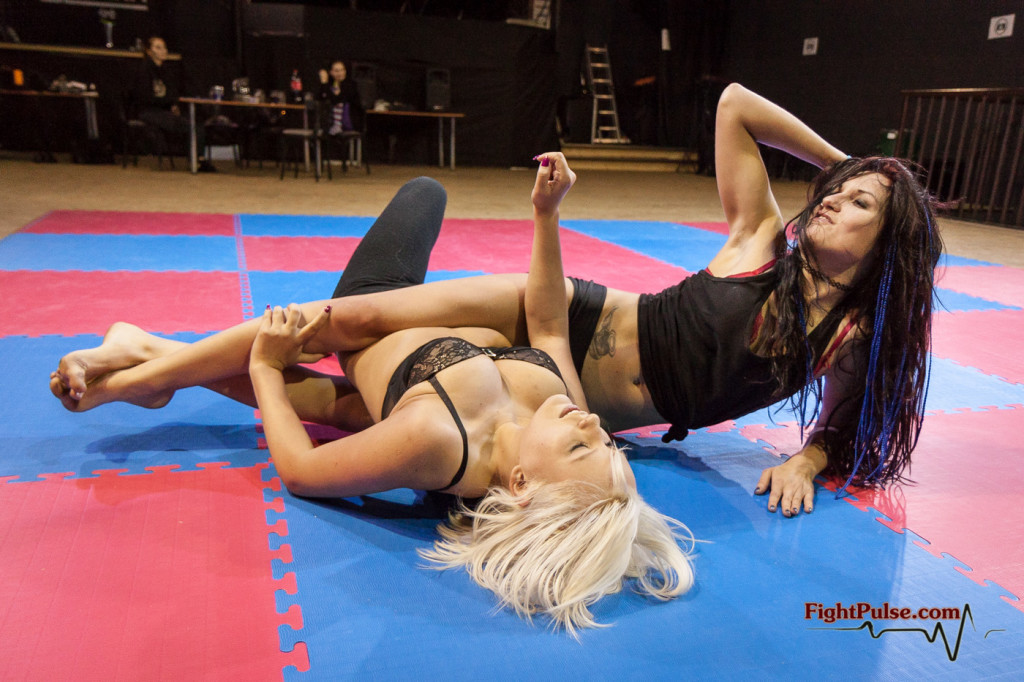 We usually do not give new wrestlers aggressive and fast opponents in their first match, but it had to be done because of some last-minute changes in the schedule due to one wrestler calling in sick on our 10th of January shoot. Before the match one of the wrestlers that were standing by for her next match approached us in private and advised us to change the schedule again, since Kristi, she said, will not be able to handle such pressure. This happened because Kristi seemed timid, maybe due to her very kind nature and gentle manners, and not at all as the feisty wrestler type. But we decided to see Kristi in action before making any decisions. It didn’t take long for Kristi to find the fight in herself that we didn’t see at first. FW-28 ended up being a beautiful encounter that we were lucky to have set up and filmed.

We will disclose that Jane is dominant throughout the match, pinning down and submitting Kristi in scissors round after round. Kristi is caught off-guard by Jane’s attacks and gets slammed onto the mats brutally several times in the match. However, despite being winded by Jane’s fierce attacks, the amount of effort that Kristi puts out avoiding many of Jane’s pins and escaping her scissors several times, using only brute strength and determination, is what elevates this match to a whole another level. You can see the struggle that we are referring to briefly in the demo video embedded below. 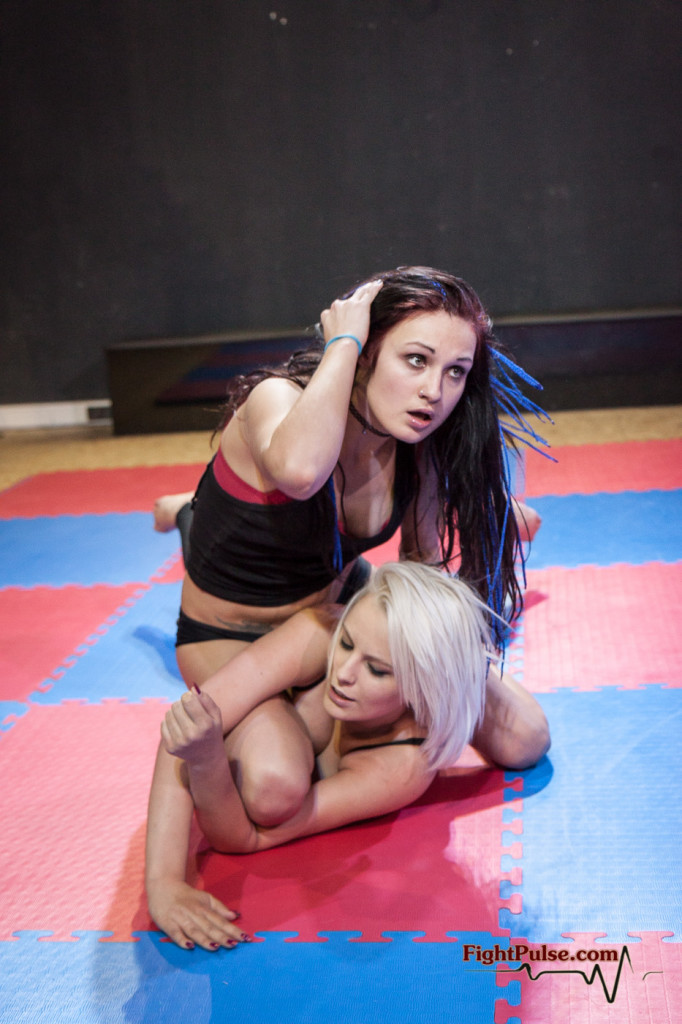 FW-28, Kristi’s first wrestling match, is easily one of the most impressive debuts at Fight Pulse, in terms of how much of an effort she puts out. With this match Kristi immediately earned the respect of her fellow wrestlers, as well as the admiration of the production team. We are looking forward to watching her grow as a wrestler, and of course, doing our best to help her in her journey, if she decides this is what she wants to do.