Skip to Content
Home Main Article Is Cheerleading a sport? 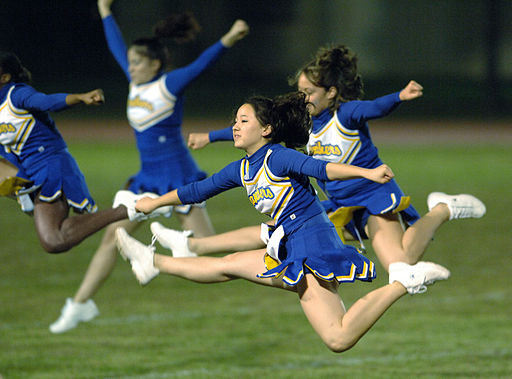 [intro] Once again, the proverbial question, is cheerleading a sport? [/intro] 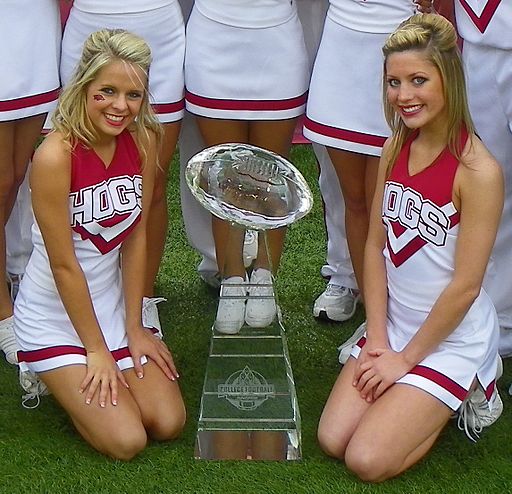 [pullquoteright] Having been a cheerleader, I know all too well what these girls give up to join forces and compete.
Kelly Ripa[/pullquoteright]

The legitimate topics are endless. Should the government ban animal testing or allow it to continue since some say it’s vital to improving the future and longevity of human lives? Is capitalism truly better than socialism where the latter often provides everyone with free medical coverage? Certain studies say one third of all Americans are obese and another third are overweight. Should junk food be banned from schools to help prevent very bad eating habits? Should prisoners, especially petty criminals have the right to vote? Should a great President be allowed to run for a third term in office?

Here is another topic that continues to solicit sometimes heated debates.

Should cheerleading be designated by the courts as a sport thus qualifying for title nine inclusions?

To answer that question, what is the next logical question?

What is the definition of the word sport?

If you listen to Varsity.com they say cheerleading is a sport and here are the reasons why.

The Women’s Sports Foundation has narrowed the field down of what is considered a sport to these elements that are commonly agreed upon to define a sport:

• It must be a physical activity which involves propelling a mass through space or overcoming the resistance of mass. (Stunts)
• “Contesting” or competing against/with an opponent is required.
• It must be governed by rules that explicitly define the time, space, and purpose of the contest and the conditions under which a winner is declared. (Time limit, mat size, score sheets)
• Acknowledgement that the primary purpose of the competition is a comparison of the relative skills of the participants.

Oxforddictionaries.com helps us with a definition of the word sport. They inform sport is an activity involving physical exertion and skill in which an individual or team competes against another or others for entertainment.

Thefreedictionary.com remarks sport is a physical activity that is governed by a set of rules or customs and often engaged in competitively.

What is the common root of all three definitions?

The word competitive seems to be the key which is all inclusive in the second definition and should be done often in the latter.

When the American public watches cheerleading, what percentage of the time are they competing, compared to entertaining?

Yes there are national competitions on major sports networks but that is the exception rather than the rule. Whether it is in high school, college or at the professional basketball and football level, when the cheerleaders perform what percentage of the time are they competing?

Some would say almost never.

Consistency at all levels is likely to sway opinions. At what level are sports like football, baseball, basketball, swimming, gymnastics, lacrosse, softball or tennis presented as a scripted exhibition or played in sports bras and shorts that look like panties besides lingerie football?

Please see the answer above. Once again some would say ………

How often does cheerleading appear on the nightly sports highlights or in the newspaper box scores?

There is another rub that shouldn’t count but in the American public’s defining eye probably does and that is attire.

This is one of the greatest challenges that we face in the competitive women’s wrestling world where we would like to see the sport taken more seriously, where it can be spoken of freely in mixed company and be considered a respected topic of conversation.

We once did an informal survey of a number of males from fairly elite universities who admitted they watched women’s wrestling when their girlfriends were not around. Publicly they would never admit to enjoying it and the major reason presented was due to attire.

Here was their rule of thumb.

When watching the match, is the main focus the attire or the wrestling? If the females are wearing bikinis or thongs it will never be taken seriously because the attire is clearly the focus.

The same rule applies to cheerleading.

What attire is often worn at professional football or basketball games by cheerleaders? If you have attended those events would you say the main focus is the cheerleader’s athletic and competitive abilities or her sexy outfit?

When you view cheerleading in Europe and Latin America the words scantily clad jumps out at you while credibility retreats.

Once you look at the history of cheerleading from its early start in 1898 Minnesota up until the late 1960’s, cheerleading’s potential to be viewed as a sport has increased dramatically.

Previously there was a time when the qualifications to be a cheerleader consisted of being pretty, having a nice body and above all being popular since at some high schools it was a position voted upon.

Cheerleading.lovetoknow.com reports the history of competitive cheerleading is rather young. It’s only been within the last forty years that cheerleading has seriously branched into the fierce competitions that you see today. After all, the first cheerleaders were called “yell leaders” or were part of a “pep squad”, but no one ever expected to see the types of stunts that are performed today.

The earliest cheerleading competitions began in the late 1960s. The International Cheerleading Foundation, which is now known as the World Cheerleading Association, began ranking the top ten college cheerleading squads as well as handing out “Cheerleader All America” awards around 1968.

However, it wasn’t until 1978 when CBS televised the Collegiate Cheerleading Championships that America got its first glimpse of cheerleading that went well beyond chanting and cheering on the sidelines.

They conclude by calling it a sport.

If injuries were a measuring stick, then cheerleading would certainly be a sport. The statistics border on alarming.

Health.usnews.com sounds the alarm as well. According to a policy statement issued by the American Academy of Pediatrics (AAP) last fall, the number of students aged 6 and up who engaged in cheerleading either at school or as members of offsite competitive squads skyrocketed from just 600,000 students in 1990 to somewhere between 3 million and 3.6 million in 2003.

The result has been a notable increase in the frequency with which cheerleaders fall, sometimes from great heights. A range of limb, head, neck and trunk injuries, as well as sprains and strains, can ensue, with some — such as concussions — being serious enough to require medical attention.

Another factor that has propelled cheerleading closer to a sports designation is the qualifications that must be met by those who coach.

Coaches who are AACCA certified (The American Association of Cheerleading Coaches and Administrators), gain the understanding of how to implement the need for safety as their program evolves. Competitors can rest, assured that they are getting the BEST safety training from experienced professionals with expert credentials in cheerleading and risk management shares the AACCA website.

The opinion that counts and speaks the loudest are the ones heard in the courts.

Compared to activities considered a sport, obtaining full ride college scholarships for cheerleading is difficult in part because there is no Title Nine coverage.

Collegeconfidential.com explains colleges don’t recruit for cheerleading as zealously as they do for many other sports, but some schools do offer scholarships or smaller perks for cheerleaders. If a high school student has been an especially successful cheerleader, this can also be an admissions-odd boost, especially at the Division 1 colleges with the most visible football and basketball programs (even when there aren’t scholarships offered for cheering).

However, one thing that makes cheerleading different from most other Division One college sports is that cheerleaders are selected based on a try-out. In other sports, athletes are typically recruited by college coaches while they are still in high school, and scholarship recipients often sign a “Letter of Intent” without having to attend a try-out for their college team. Cheerleaders, on the other hand, must be evaluated during a try-out.

In terms of the courts Slate.com/blogs discusses the 2nd U.S. Court of Appeals has upheld a 2010 ruling against Quinnipiac University, which found that cheerleading is not a varsity sport under Title IX. The issue arose in 2009 when the university replaced the women’s volleyball team with competitive cheerleading, which the U.S. District Court found to be an inadequate swap.

As we sit in our circle, we understand the arguments about the physical exertion, magnificent stunts, wide spread injuries, some catastrophic and the great feats of athleticism. Couldn’t the same be said however of big time wrestling where some have died, not truly competing since the matches are scripted, but entertaining?

We sense that once the public starts to consistently attend events where the cheerleaders are not just cheering for the home team but two or more squads are competing against one another for style and athletic points in conservative attire; that signals progress. Also, once the percentage of time the cheerleaders are in real competition as opposed to entertaining increases, those factors may propel the movement closer to the sports designation. 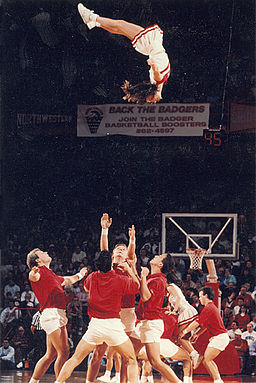 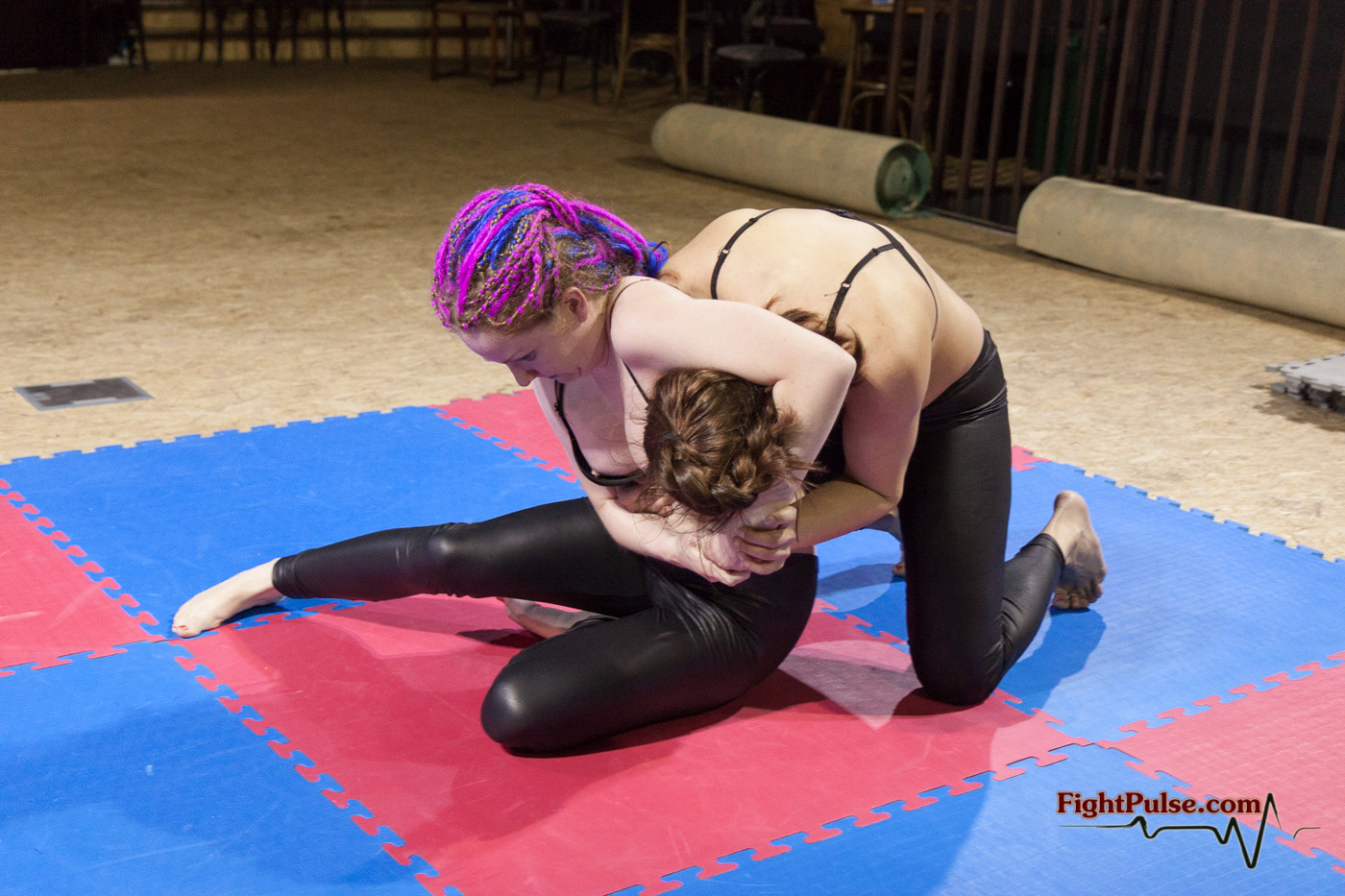 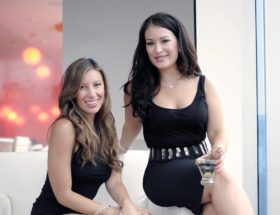