Talent may take you a long way, but dynamic energy will take you much further.

Often a great women’s submission wrestling match turns with the draining of stamina and energy.

It’s a given that today’s female competitors have solid training routines but what are some great foods that can help sustain your energy supplemented by your strong conditioning program?

The energy of the mind is the essence of life.……Aristotle

According to the respected website health.com, “A recent study found that over 10 years, women who consumed the most plant-based iron were 35% less likely to develop PMS than women who consumed the least. Great plant sources of iron include beans, lentils, spinach, and sesame seeds; eating them with vitamin C-rich foods can boost iron absorption”

Certain nutrients like iron may help women feel more energized. Nearly 10% of women between the ages of 20 and 49 are iron-deficient, which can cause fatigue and impair physical and mental endurance. Iron is needed to deliver oxygen to cells, and too little has also been shown to decrease immunity.

Their very informative article regarding women and obtaining energy outlines some very helpful steps to boost energy by the foods you eat.

The ideas are based upon the helpful tips of Ms. Cynthia Sass.

Cynthia is a three time New York Times best-selling author, columnist and practitioner, with master’s degrees in both nutrition science and public health. One of the first registered dietitians to become Board Certified as a Specialist in Sports Dietetics (CSSD), she is currently the sports nutrition consultant to the New York Yankees and the New York Rangers. Cynthia signed on as the Yankees sports nutrition consultant in February 2015, and is in her fifth season with the Rangers. She served as the nutrition consultant to the Tampa Bay Rays from 2007-2014, and worked with the Philadelphia Phillies from 2007-2009. She proudly rooted for both the Rays and the Phillies (she was a consultant for both teams at the time) as they faced each other in the 2008 World Series. In New York City, Los Angeles, and long-distance, Cynthia counsels a wide range of clients, from professional athletes, performers, models and CEOs, to new moms, teens, and couples.

In addition to her private practice work, Ms. Sass is one of the few health and wellness experts who has consistently worked in nearly every aspect of communications — as an author, magazine columnist and on-staff editor, blogger, speaker, media spokesperson, contributor to a national news network, media resource, and frequent TV guest.

Don’t limit your morning meal to protein or carbs; breakfast needs to be balanced too, Sass says. Instead of having just yogurt, add some high antioxidant fruit, a good fat like nuts or seeds, and raw or toasted oats. And go for organic nonfat yogurts to maximize protein and quality.

Real food means food that’s closer to nature: whole grains rather than processed chips or crackers from a box, whole fruit rather than juice or fruit bars. The energy dividends will pay off!

Ms. Sass recommends eating a wide variety of super fruits—apples, stone fruits, berries, tomatoes. Limiting yourself to the same old banana for breakfast curbs your nutrient and antioxidant intake and can make you feel run down. “Research shows that people who eat the same amount of produce but a wider variety have less oxidative stress, which is a precursor to aging and disease,” she says.

It’s also about avoiding the traps that can zap or drain energy—primarily processed and artificial foods, refined grains and sugar, skipping meals, and drinking too much caffeine and alcohol.

While fresh and local is great, frozen foods are a potent source of energizing nutrients too. “Freezing actually locks in nutrients, so a frozen fruit with no added ingredients can be just as nutritious or even more than fresh, unless the fresh was just picked,” Sass says. “The minute a fruit or veggie is harvested, it starts to lose nutrients.”

Ms. Sass concludes, “I adamantly believe in the power of food to optimize health and wellness, prevent disease and maximize the way you look and feel – inside and out! I have a passion for nutrition and can’t imagine doing anything else for a living. In the decade and a half I’ve been counseling and educating people of all ages, I’ve seen amazing transformations, from successful weight loss without “dieting” to reversing the side effects of chronic diseases, surges in energy and athletic performance, younger looking skin and hair, improved sleep and digestion, fewer aches and pains, and untangling an unhealthy relationship with food.” 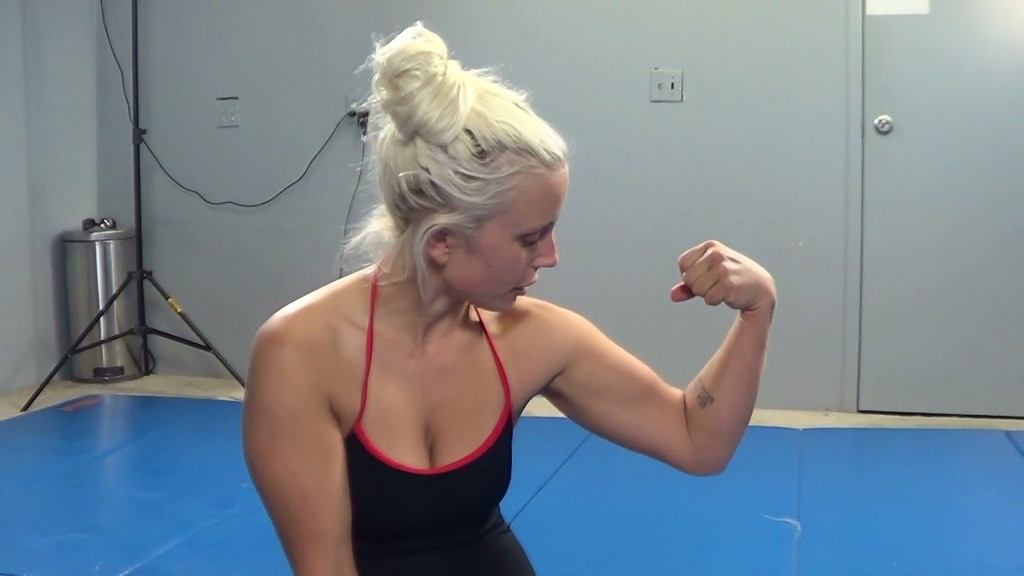 When you are enthusiastic about what you do, you feel this positive energy. It’s very simple.…..Paulo Coelho

Female wrestlers are very fortunate in feeling enthusiastic about what they do and being extremely good at it. It’s a great foundation for finding success in any endeavor. Building a diet that is power packed with the right foods as outlined above is a great partnership that will help turn the corner of a tough competitive match in your favor.