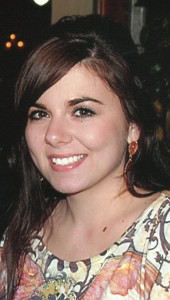 The current opinion of women’s wrestling, to those that haven’t witnessed it firsthand, is that it exploits women.  Undignified images come to mind, like pools filled with mud and jello.  Some women have a more negative view of wrestling than stripping, because not only do they view it as physically demeaning, but also unfeminine and abusive.  It’s a sad association for a reputable sport to be connected with the idea of sexual degradation and anti-feminism.

To shun women’s wrestling would be to perpetuate the idea that women cannot be physically appreciated in any other way than sexually.  Believing that sexuality is a woman’s only physical power is the most anti-feminist idea conceivable.

In order to squash these debasing stereotypes and assumptions, people need to realize that compensated women’s wrestling is a sport not just featuring women, but for the entertainment of women.  The target audience when promoting these competitions should always be female.  Sponsoring a women’s wrestling match should not involve passing out flyers to all the nearest male hangouts.  It would be easy to bank money on the likelihood of men flocking to these events expecting some kind of perversion, but it’s not the best way to cast the sport into a reputable spotlight.  Women should be cheering on their favorite opponent, and the women competing should know that their audience is primarily made up of people who aren’t there to gawk at them.

Many of the current women’s wrestling promotions have belittling titles.  Without directly naming any of them; many contain the words hot, gorgeous, exotic, diva, and chick.  The anti-athletic message of those words needs little explanation.  We don’t subjugate men by calling it the National Hunky Football League, so why should women’s sports be sexually promoted?  The theatrical female ring competitors can still maintain the same character-based fan support without making themselves sexual objects.  They should focus on less sex and more scare.

Freestyle wrestling is edging its way into the main stream and can be pursued in many high schools and colleges across the nation.  Considering that it’s only fair for girls to have the same sports scholarship opportunities as boys, the number of schools offering wrestling to female students will undoubtedly increase.  Scholarships are a great incentive for young emerging competitors, but if other areas of female wrestling can be dignified, it will encourage these girls to pursue the sport beyond school and make it a viable career option worthy of serious sponsorship.

Focusing more energy on the venues and audience will be the key to transforming negative opinions of female wrestling.  Dignified sponsorship, with the most reputable contenders, will lead to the sport becoming more main stream.  That is where the largest profit lays because there are so many women who can make a career of wrestling and create an enthusiastic and supportive female fan base.
~~~~~
Sasha Smith is a freelance writer based in the United States. Ms. Smith writes regularly for a small business lending site. She is a wife and mother and as of this date is currently plotting a novel for a client. Her educational background is communication arts and television production.