ASHLEY DeRAMUS IS A SPECIAL DESIGNER WITH A VERY CREATIVE CLOTHING LINE. 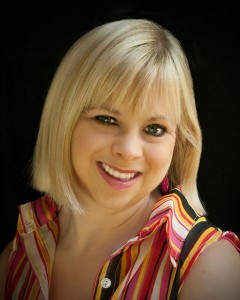 There is an exciting new designer hailing from Hoover, Alabama who is bringing her special talents to those with special needs.

In terms of achieving your life dreams, when these great minds outlined steps toward goal attainment, what they had in mind certainly applies to Ashley.

You need to deeply desire the goal or resolution. Napoleon Hill, in his landmark book, Think and Grow Rich, had it right. “The starting point of all achievement is desire. Keep this constantly in mind. Weak desires bring weak results, just as a small amount of fire makes a small amount of heat.” So, your first step in-goal setting and achieving your dreams is that you’ve got to really, really want to achieve the goal.

Visualize yourself achieving the goal. Lee Iacocca said, “The greatest discovery of my generation is that human beings can alter their lives by altering their attitudes of mind.” What will your achievement feel like? How will your life unfold differently as a result? If the goal is a thing, some gurus of goal setting recommend that you keep a picture of the item where you see and are reminded of it every day. If you can’t picture yourself achieving the goal, chances are – you won’t.

As reported by Al.com Living, Ashley DeRamus of The Ashley DeRamus Foundation, an organization founded for and dedicated to the education, advancement and quality lifestyle of children and adults with Down syndrome, made her music video debut with Grammy Award-winning Christian and gospel singer Jason Crabb in a video for his new single, “Love Is Stronger”.

Musicnewsnashville.com shares as well, Ashley DeRamus continues to prove that those born with Down syndrome have ability and not disability. She has once again accomplished something that most young people only dream about and that is to be featured in a music video with Grammy Award winning Gospel Music artist Jason Crabb.

Ms. DeRamus, the 30-year-old founder and namesake of the foundation who also has Down syndrome, is featured in the music video along with numerous other families impacted by Down syndrome from throughout the Southeast. The video will be used by The Ashley DeRamus Foundation to promote general awareness of Down syndrome.

Ms. DeRamus has an expanding and impressive resume. Ashley and her mother Connie DeRamus recently launched Ashley by Design, a clothing line specifically tailored to fit women with Down syndrome. Ms. DeRamus presented the clothing line at the National Down Syndrome Congress Convention in Denver July 19-21, 2013. She also recently spoke at the United Nations about living with Down syndrome as well.

Through the work of Ashley and the Foundation, their goal is to increase awareness and enlighten others about the positive contributions they make. Ashley’s goals for the foundation are to be an advocate and support programs for those with disabilities through fundraisers and education.

Ashley recently introduced a clothing line specifically designed for young women and adults with Down syndrome.

What is Down syndrome?

Let’s get the answer straight from the authority. The National Down Syndrome Society states in every cell in the human body there is a nucleus, where genetic material is stored in genes. Genes carry the codes responsible for all of our inherited traits and are grouped along rod-like structures called chromosomes. Typically, the nucleus of each cell contains 23 pairs of chromosomes, half of which are inherited from each parent. Down syndrome occurs when an individual has a full or partial extra copy of chromosome 21.

Ashley is a pioneer in a growing thought process within the industry that services people with special needs. Many groups are offering new vocational alternatives of business owning. With organizational assistance, program participants will learn the process of developing and ultimately owning their own business.

For more information regarding Ashley’s vision and clothing line, please visit her at AshleyDeramusFoundation.org or Ashleybydesign.com.